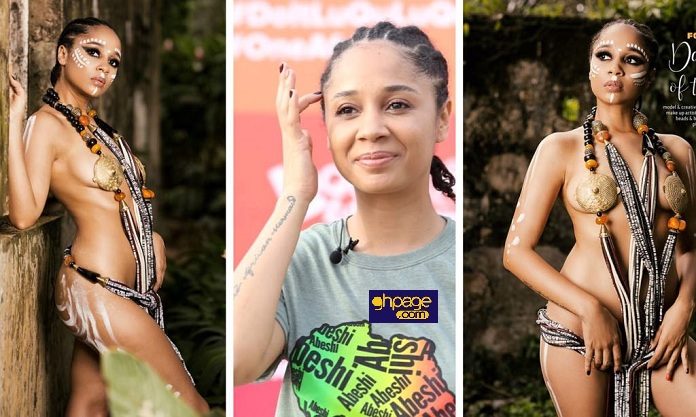 Ex-girlfriend of AMG rapper, Medikal and Kakalika Love hitmaker, Sister Deborah has revealed the secret behind her young look.

According to Sister Derby, born Deborah Owusu-Bonsu who is 34 years old (2018) but you might mistake her to be in her 20’s or even a teenager with her looks and appearance.

In an interview with Graphic Showbiz, she revealed that what makes her look young is her ability to stay away from drinking, smoking and a lot of stuff.

“I don’t drink, smoke and have ill will towards other people. I always have a clear conscience and I am a very positive person. I also get enough sleep and relax. I believe this is the main reason for it,” she said.

Speaking on her new song, “Kakalika Love” she mentioned that it has been her breakthrough because it has helped her reach out to the masses.

“Kakalika Love has helped my brand because I have been able to cross over to the masses. I am not surprised the song has travelled far because everyone has been lied to or deceived in one way or the other. The song has done magic for me and is still doing wonders thanks to the massive support of my fans.”