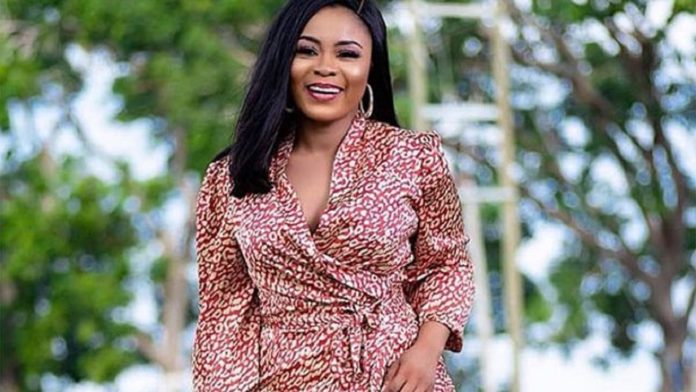 Ghanaian actress Kisa Gbekle has revealed that she started sleeping with men for money at age 12.

According to the actress, she had to do that to take care of herself and to further her education because her parents couldn’t afford it.

Kisa Gbekle explained that she broke her virginity at age 12 and had no choice than to sleep with men for money to be able to fend for herself.

The actress and entrepreneur further stated that she comes from a very poor family and that growing up wasn’t an easy experience for her.

“I broke my virginity at age 12, I had a very bad background so I had to take things into my hands. When you are from a very poor home, you do everything to make it in life.

I started doing that to take care of myself and to pay my fees. I had to drop out of school because there was no money”, Kisa Gbekle disclosed.

The actress who was once a musician disclosed that she quit music because she wanted to stop exposing her body.

Kisa Gbekle further advised young to be more decent in their mode of dressing to earn respect.

“I stopped the music because I was exposing my body which I felt wasn’t right. When you are young and stupid, it’s very serious. I am not proud of that, I wish I can take all that videos off Youtube”, Kisa Gbekle added.