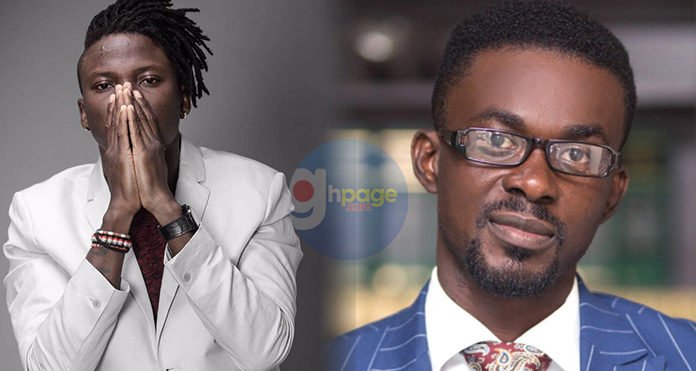 There have been earlier reports about Stonebwoy and Zylofon Media, the label he works with. Misunderstanding broke between the two parties after self-acclaimed Dancehall king was signed unto the label without the prior notice of Stonebwoy.

This made fans of Stonebwoy angry urging him to leave the 360 media outfit. Fracas went on between the two when Bulldog and team of Zylofon workers stormed the Paloma Hotel where Stonebwoy was performing to forcefully take his car which led to a gun being fired. Read the full story here.

Bhim nation boss Stonebwoy has finally cleared the air on whether he is still under Zylofon Media or leave following the commando and Rumble’s action movie acted by his team and Zylofon Media artists manager Bull Dog at Champs bar Paloma in Accra.

“I’m calm and as far as I’m concerned, I seek to trouble nobody. I’m forgiving but in any way, how and form that I can defend myself in the best of ways, legally and understandably, I will one hundred percent do that and more,” Stonebwoy said.

He continued: “This went beyond me, management, police and all of that. But for me as a person, I’m okay and I have forgiven. I’m good and focusing on my family… These things are unfortunate but at the end of the day, it only makes us stronger.”

When asked if he was still with Zylofon Media, he said; “I may not want to go there but one thing I want to say is that there are developments and I have never come out to mention any contractual clause whatsoever, but there’s a development. Ghana will hear it, but it’s for peace, calmness, growth and progress.”

But when asked if he has returned the Hyundai Sonata car that was given him by the record label as part of the sign-on package, he said; “We don’t own anything that needs to be returned, at all.”