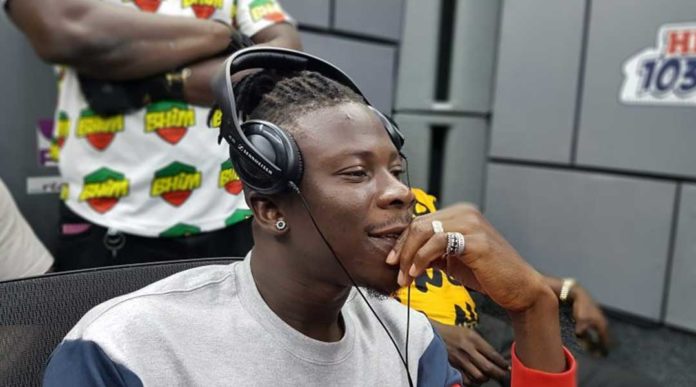 Music producer, Vacs, producer of Stonebwoy’s ‘Mane Me‘ song, has revealed that Stonebwoy has refused to pay him for his work after the song became a hit.

According to Vacs, all he got was a credit and an acknowledgement on the cover of the album, Epistles of Mama,
but apart from that, there has been nothing like appreciation nor money from him.

“For instance, ‘Mane Me’ I got credit from the album cover art but not on social media.”

“The beat was supposed to be a feature between DJ Mingle and Stonebwoy. Stonebwoy heard it and he liked it. So there was an agreement between them and Stonebwoy used it.”

In an interview with Andy Dosty on Hitz FM, he was asked whether he has reached out to Stonebwoy after the song becoming a hit, he stated that he has reached Stonebwoy’s manager, Blakk Cedi but he is not getting the feedback he wants.

“I am not getting the feedback I wanted. I spoke to Blakk Cedi, Stonebwoy’s manager. He’s like he will get back to me.”

“At least show appreciation. You are making money so at least you can give me something.”