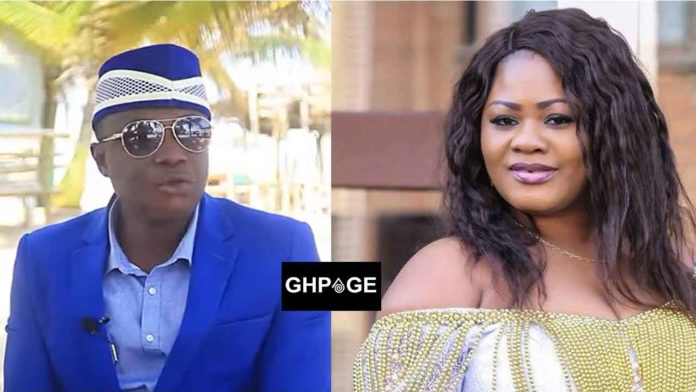 The former husband of gospel musician Obaapa Christy, Pastor Love has reacted to allegations about him having an affair with a married woman.

According to Pastor Love, the allegations levelled against him are from his former wife aimed at tarnishing his image.

Pastor Love added that he believes his former wife, Obaapa Christy has contracted people to hurl insults at him and also disgrace him.

The man of God explained the circumstances behind the fabrication of the stories and he will no longer condone such behaviour.

He denied all the allegations and admonished his loved ones to disregard the false news about being involved with a married woman.

“All those peddling lies about me are from my ex-wife’s camp. It is either she is contracting them to do it or I see that they are all from her camp. But what I can tell my loved ones is that all my trials and troubles emanate from my failed marriage.

So whoever hears anything bad about me must ignore it. I have not snatched anyone’s wife and to me, going after a married woman is an abomination. Christy, if you are the one behind it stop it because we have kids together. If I am destroyed, you and the kids also end up being destroyed.

We started together, your foundation is me, your life success and help is me. If today you are able to go and come it is because of how I started well with you that is what has helped your future. So do not contract people to tarnish my image because when I am disgraced it also affects you”, Pastor Love noted.

Pastor Love and Obaapa Christy’s marriage ended in 2012 after the man of God was accused of being a chronic cheat and an abuser.

Since then, Pastor love has been throwing shots at his former wife which indicates that he is yet to get over their break-up.