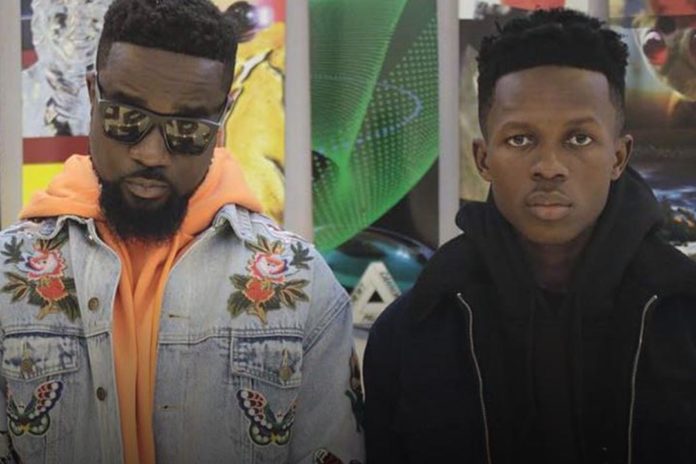 Sarkcess music signee Strongman prior to the 2018 Vodafone Ghana Music Awards (VGMAs), sent out a tweet questioning the influence of Sarkodie in his ability to garner more recognition with regards to the nominations for the 19th edition of the awards.

The “Transformer” hitmaker tweeted: “So every day the #sarkeffect #sarkeffect you guys dey talk no, only one nomination for a whole transformer. This is very bad.”

This didn’t go down well with some of his fans, who asked him to delete the post but the rapper stood by his comment saying he had waited for years just to make a mark and here is what he got. 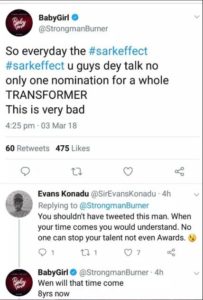 Also Read: 7 Hot And S3xy Photos Of The Snapchat And Instagram Slayqueen Accused Of Banging Kofi Adjorlolo And His Son

Social media users read different meanings into the tweet and descended heavily on Strongman with some saying he has now become arrogant. However, the rapper told MzGee at the just ended awards that, his tweet was totally misinterpreted.

According to Strongman, he “wasn’t necessarily saying that his management is not doing enough.” He further stated, “I’m directing the arrow towards some people. When I do well, they attribute everything to Sark effect, but the moment something is wrong, they say the artiste is bad.”