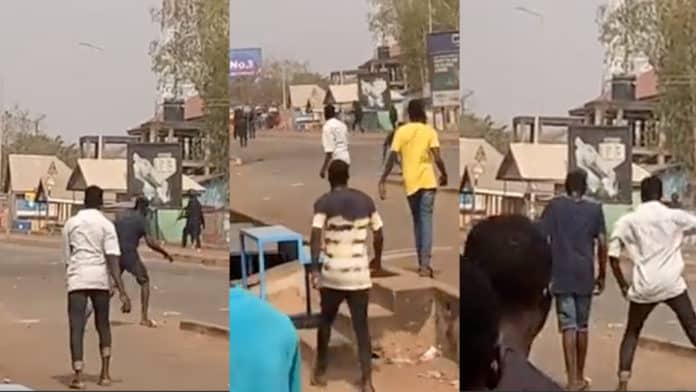 Following a conflict with the police in Tamale, in the Northern Region, two people in Lamashegu were allegedly shot.

This comes after a young guy was apprehended while seeking safety at the community’s palace.

The commotion is said to have started when the young man ran into the palace of Lamashe-Naa to avoid being arrested by security personnel.

According to an eyewitness, the young man was being pursued because he was driving an unauthorized automobile.

However, when he ran into the palace, he was supposedly shot by the police, resulting in a riot.

The behavior, according to the youth, was insulting to traditional authority, which prompted their protests.

They set fire to car tires and threw stones at the police.

One victim was taken immobile on a motorcycle, according to a JoyNews reporter who was on the scene.

The dispersed youth are reuniting at several vantage points, while the police have set up camp near the Lamashegu Police Station with water cannons and armed troops.

To get the situation under control, a group of troops joined up with the police.