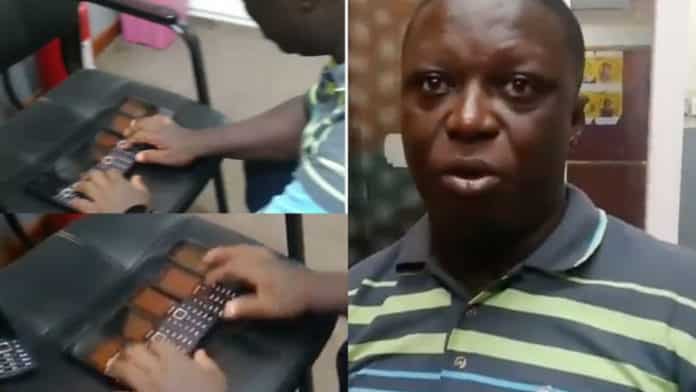 A popular serial caller aligned with the New Patriotic Party has revealed how he hijacks political shows to defend the interests of his party.

Speaking in an exclusive interview and spelling out his modus operandi, Aberewa Bubuashie said he has about eight phones which he uses to call into shows on the regular.

According to him, he ensures that he calls into a particular show with all the eight mobile lines at the same time., In so doing, he hijacks the line which results in at least one of his calls going through.

Due to that, he can beat the traffic from other callers and get access to the show via his phone to defend his party.

Aberewa Bubuashie added that they usually begin the conversation by greeting top political figures to communicate indirectly to them about their resolve to work hard to give a good name to the government.

As a former taxi driver, he revealed that he has been in the serial calling business for over 20 years and makes his living from it.

Serial calling has become a branch of politics where political parties invest in it by getting grassroots people to defend the image of the party, especially in the governemnt.