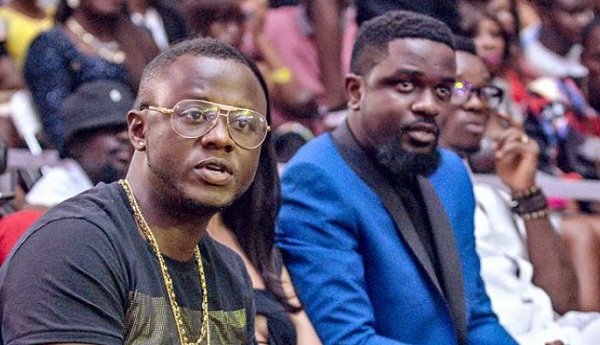 There are numerous reports that indicate that Sarkodie did not perform in Dubai last Thursday night, but several questions also leave unanswered as to why multiple award-winning artiste, Sarkodie failed to perform in Dubai.

Sarkodie tweeted around 2:23 am GMT pronouncing his purpose not to perform at the concert that saw other top African artistes including Wizkid, Davido, Tiwa Savage etc.

Since this pronouncement, several reports have been made on various media platforms but last Monday on the ‘Brunch 2 Lunch’ show on Radio Univers, Sarkodie‘s official DJ who was present and witnessed the turn of events narrated the incident to John Acquaful, host of the show.

READ ALSO: My Pastor Use Me As An Example In Church- Ebony

This is how the personal DJ of ” DJ Mensah”Sarkodie narrated the whole incident.

“This is what transpired was we were backstage and they came to inform us we will be going on after Tiwa Savage but we heard she had already been on the stage for a while. We then literally ran backstage since we knew we needed time to set up. We were then informed to wait for Tekno to accomplish his performance after Tiwa and then we will be on.Henceforth, we decided to wait right behind the stage since it was a bit far to move from the holding area to the main stage. Tiwa Savage called Wizkid onto the stage in the latter stage of her performance even though that wasn’t part of the plan. It hence took a bit of time for both parties to switch bands but we decided to stay quiet.
I was prompted to go and set up as Tekno was almost done with his performance which I did. I later saw Davido’s DJ trying to force his way to the other side of the DJ set since there were two. I didn’t know and bother about what was going on since I had gotten the green light that we were going on stage right after Tekno. I was later told by Highest (Sarkodie) and Black Chana that, another mic was given to Davido after I had left the backstage. I saw that happening because Tekno also tried repeating what Tiwa and Wizkid did but this time, Davido didn’t respond to Tekno’s call. They later said Davido should be allowed to perform because they were trying to let us close the show which they never communicated.
We just felt like we were being disrespected for rushing us from the holding area to the backstage and they were trying to put the Nigerian artistes first which we made it clear to them that if we don’t perform after Tekno, we will leave”, he expound.

YOU MIGHT READ ALSO: Tiwa Savage Accused Of Joining ‘The Illuminati’ After Throwing Up Hand Sign at Her Concert