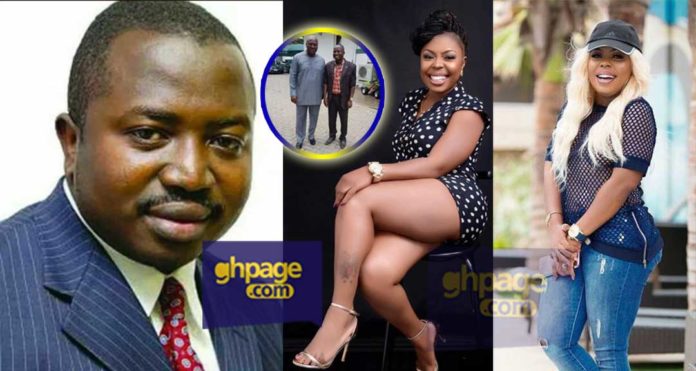 TV Africa has rendered an unqualified apology to the NDC presidential aspirant, Stephen Atubiga for the defamatory comments made about him by Afia Schwarzenegger, the host of “Kokonsa Police” show on TV Africa.

In a statement signed by the Content Creation and Production Manager, Emmanuel Paa Kwesi Ackom, the private media company begged Stephen Atubiga for the unsavory comments made by Afia Schwarzenegger on their network.

SEE ALSO: Should we take it that Amissah Arthur was killed for a new running mate? – Presidential Staffer asks

Part of the statement reads:

“We wish to render an unqualified apology to Mr. Stephen Atubiga for any ‘unprovoked, uncharitable, and defamatory statements’ our host Valentina Nana Agyeiwaa (Afia Schwarzenegger) may have made during the pre-recorded program aired on our network on the evening of on or about 9th August 2018,”

The statement went on to add that the comments made by Afia Schwarzenegger are the views of the host and not the media company, TV Africa and they are taking steps to counsel the show host. 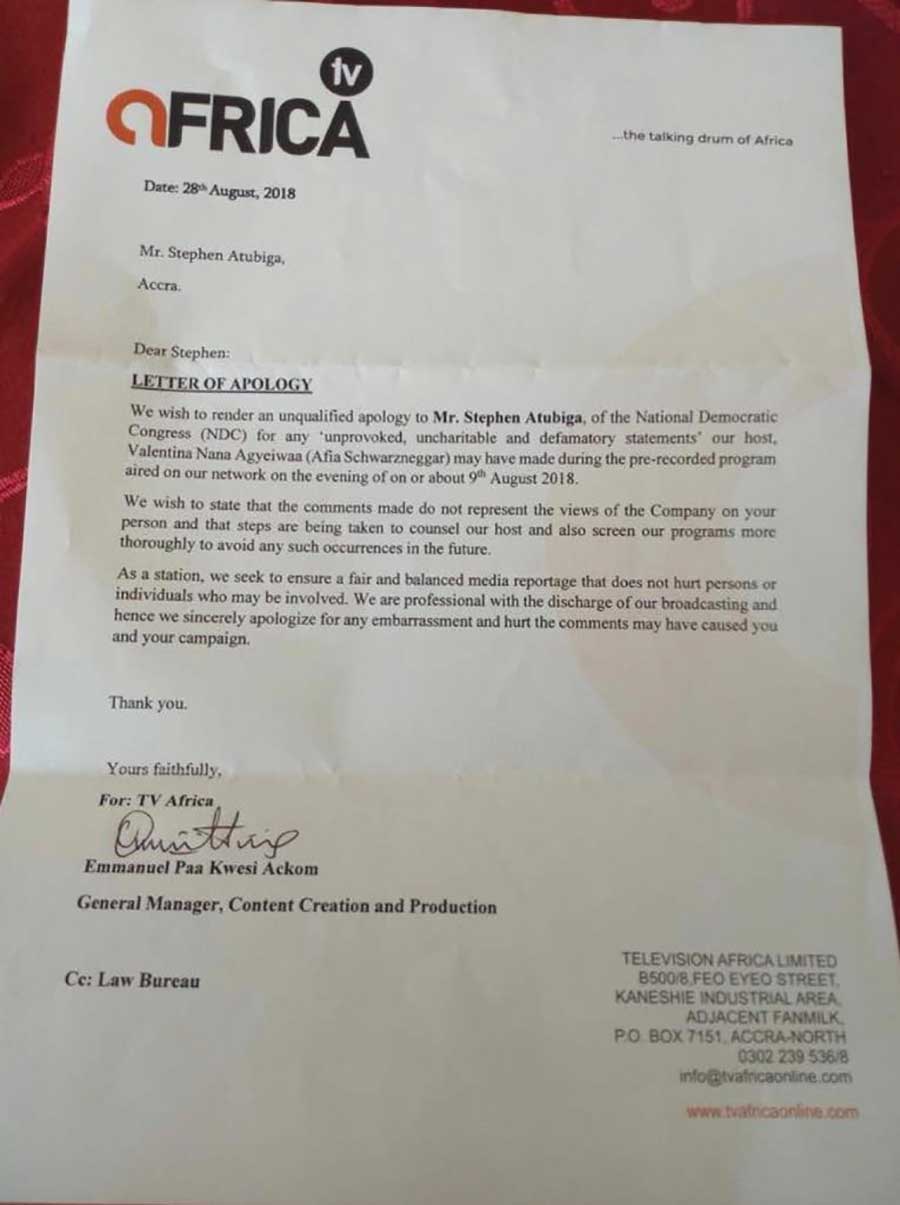 SEE ALSO: Afia Schwarzenegger shares her view on the no support from Nigerians towards Ghanaian acts

On her show, “Konkonsa Police”, Afia Schwarzenegger rained insults on Stephen Atubiga for saying he will make the former president of Ghana, John Dramani Mahama his running mate if the party structures permit it.

“Which audacity does Stephen Atubiga has to say that if he becomes the candidate, he will not mind picking Mahama as his running mate?” She questioned.

SEE ALSO: I will support any Political party that pays me well ahead of the 2020 elections – Afia Schwar