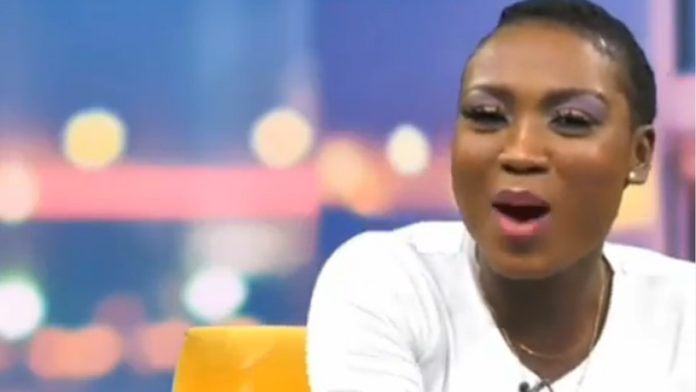 A television presenter on TV Africa jabbed Ghanaian actress and musician Juliet Ibrahim for saying she is currently waiting for Mr. Right.

According to Akosua Sexxi, the actress was happily married to Kwadwo Safo Jnr. and for reasons best known to herself decided to leave him for Iceberg Slim who obviously never loved the actress.

The presenter further stated that the actress was advised not to date the Nigerian rapper but the advice fell on deaf ears and Juliet Ibrahim went ahead to date him.

The TV Africa Presenter in her submission suggested that Juliet Ibrahim deserved being cheated on by Iceberg Slim since she decided to divorce her handsome husband for him.

This comes after the actress revealed that she is currently waiting for Mr. Right and is hopeful she will find one despite her failed relationships.

Juliet Ibrahim was married to the CEO of Kantanka group of companies, Kwadwo Safo Jnr with whom she has a son with but the couple divorced in 2014.

The actress moved on to have a relationship with Nigerian rapper Iceberg Slim but the relationship hit the rocks on grounds of infidelity.