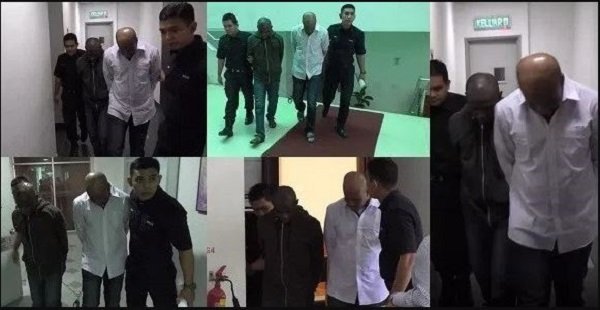 Two African college students mainly from Nigeria, Mustafa Azmir, and Jude Nnamdi Achonye on last Wednesday, December 20, were given a death sentence by a High Court in Shah Alam for trafficking 3.5 kilograms of methamphetamine.

According to facts gathered on the case, the accused who studied at a private college in Kuala Lumpur, Malaysia were arrested by the police when they received several boxes containing the drugs which were delivered by a courier company at the apartment.

Based on the criminal charge that was filed against them, the two suspects, Azmir and Achonye were accused of trafficking the drugs at an apartment in Petaling Jaya at 3.30pm on Sept 2, 2014, which is an offense under Section 39B (1)(a) of the Dangerous Drugs Act 1952.

The presiding High Court judge, Datuk Abdul Halim Aman made the ruling after it was made clear that the prosecution had a first-seen or truth evidence on the case against the accused, Azmir, 28, and Achonye, 30.

In the ruling, Judge Abdul Halim revealed that the court issued their final judgment based on their studies on testimonies from 13 prosecution witnesses and two defence witnesses, alongside 73 exhibits tendered during the trial.

“The defence had failed to raise reasonable doubt at the end of this case and presented no testimony that thoroughly refutes the prosecution,” he said.

“Besides that, there were also discrepancies in testimonies of the accused and their defence only amounted to denial without concrete evidence,” he ADDED.

Personalities on the case were deputy public prosecutor Mohd Rehan Mohd Aris who appeared for the prosecution, while the accused were represented by lawyer Leonard Anselm Gomes.

See photos And Video From The Case Below……… 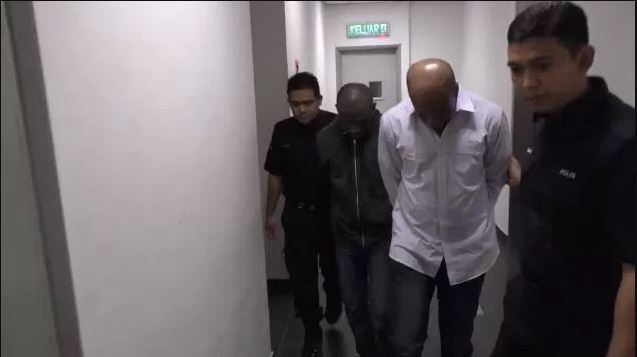 READ ALSO: A Woman With A Two Year Old Baby Mysteriously Dies In A Trotro On Her Way To Celebrate X’mas In Her Hometown

A Ghanaian-American surgeon based in Florida, Dr. Moses deGraft-Johnson has been fingered in a serious fraud case in the United States of...
Read more
Lifestyle

Undoubtedly in the count of the richest men in Ghana Dr. Osei Kwame Despite can't be left out for any reason. He...
Read more
News

Ghanaian business mogul and philanthropist Osei Kwame Despite is one of the very popular men, obviously because of his wealth and businesses.
Read more
Lifestyle

The wedding of the moment is underway at East Legon in Accra as the son of Ghanaian businessman and General Manager of Despite Media,...
Read more