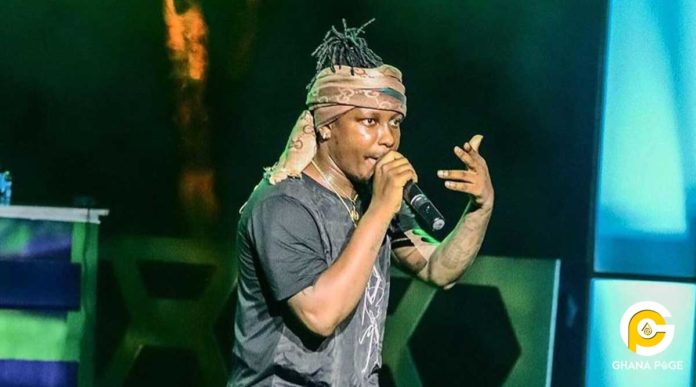 Some fans of celebrities can be really mean when you try to step on the toes of their favorite musician.

We all thought fans of Shatta Wale are the ones who are noted for going all out to attack whoever has an issue with their king.

Wendy Shay and Kelvynboy have started a new beef in the music industry after Shatta Wale and Stonebwoy made peace some weeks ago.

Ever since their beef started, Kelvynboy has been the one throwing shots at the “Bedroom Commando” hitmaker who has allowed people on social media to be fighting for her.

Some few hours ago she responded to one of the comments being made by Kelvynboy that she couldn’t write her own songs and he(Kelvynboy) won’t waste his time having a beef with her.

Taking to her social media page, she posted that in just a matter of 6 months that she has been in the industry, she has been able to write 6 songs and released an album.

After her posts a fan with the handle @cobo1officialdecided to address Kelvynboy very well and wrote, “Even Michael Jackson, Celine Dion, Beyonce and co people wrote songs for them. U should have just ignored that guy who doesn’t have a hit song, is not even counted amongst the 4Ks I have said this and I will repeat it, Uber driver is bigger than his entire career, ignore him”

Also Read: I won’t waste time to beef someone who can’t write her own song – Kelvynboy 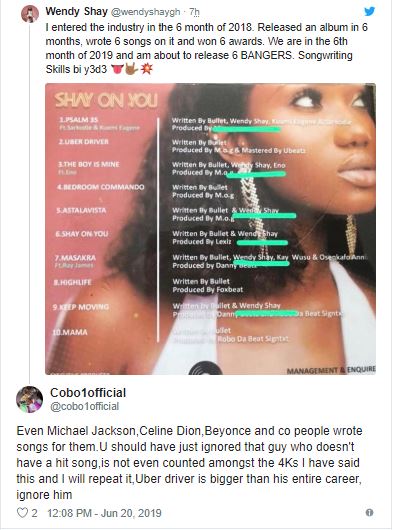