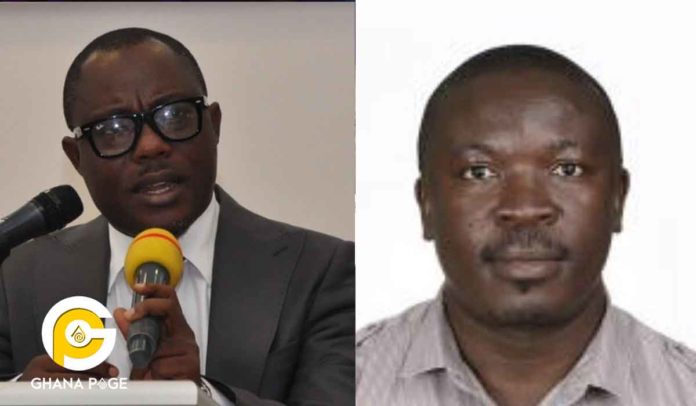 Yesterday the 7th of October 2019, BBC Africa Eye released an investigative piece titled ‘Sex for Grades’ which saw lecturers from University of Ghana and University of Lagos implicated in the scandalous documentary.

They subsequently shut down ‘The cold room’ a staff hang out where students are allegedly sexually abused. The action of the university has been commended by many as very proactive as they have a zero sexual harassment policy.

In a recent development, University of Ghana, has just interdicted Dr. Ransford  Gyampo and Dr. Paul Kwame Butarko over their involvement in the investigative piece.

This comes after Margaret Amoakohene, chairperson of University of Ghana’s Anti-Sexual Harassment Committee’s declaration that the documentary is not concrete evidence enough to take actions against Professor. Gyampo and Dr. Butakor.

According to the over due press release by the university, both lecturers will be investigated by the University’s Anti-Sexual Harassment Committee to determine the university’s next action.

The University of Ghana’s attention has been drawn to a BBC documentary entitled ‘Sex for Grades’ Undercover in West African Universities fully aired in the evening of October 7, 2019.  We would like to state unequivocally that the University places great importance on issues of sexual harassment and misconduct, and condemn any of such acts.

Given that commitment, the Business and Executive Committee of the University has taken a decision to interdict Prof. Ransford Gyampo and Dr. Paul Kwame Butakor, the two lecturers featured in the documentary to allow for further investigations into the matter.  In line with University regulations, the two will be invited by the Anti-Sexual Harassment Committee in the next few days to assist with further investigations into the BBC documentary.

While the University of Ghana believes sexual harassment is fundamentally about exploiting power imbalance and voicelessness, we also understand the harmful impact it has on individuals, families and institutions. It is for this reason that the University has taken steps to encourage students and employees to report any form of sexual harassment and misconduct, and has also instituted measures to punish anyone found guilty of the offence. In all instances where the University has been provided with information and/or evidence of sexual harassment or misconduct, our Anti-Sexual Harassment Committee has investigated the matter, interviewed the parties involved, and after making a determination, we have applied the appropriate sanctions as outlined in the policy, including dismissals. The University will prosecute the current matter under investigation, in addition to all outstanding cases before the Committee.

We would like to state emphatically that the University of Ghana does not and will not shield any employee or student found to have engaged in sexual harassment or misconduct.  No member of the University is considered above the law.

The University would like to assure all members of the university community, including students, employees, our stakeholders and the public that it will continue to actively fight against sexual harassment/misconduct, and other acts of indiscipline. Further, to assure members of the university community and the public that the University of Ghana will use the existing structures to handle all matters of sexual harassment and misconduct, while protecting the rights of the victims.

Meanwhile, members of the University community are reminded of the provisions of the Anti-Sexual Harassment Policy, and also encouraged to report any acts of sexual harassment and misconduct accordingly.  To facilitate this process, additional communication channels  have been created; Telephone: 050-736-8053Email: [email protected]” 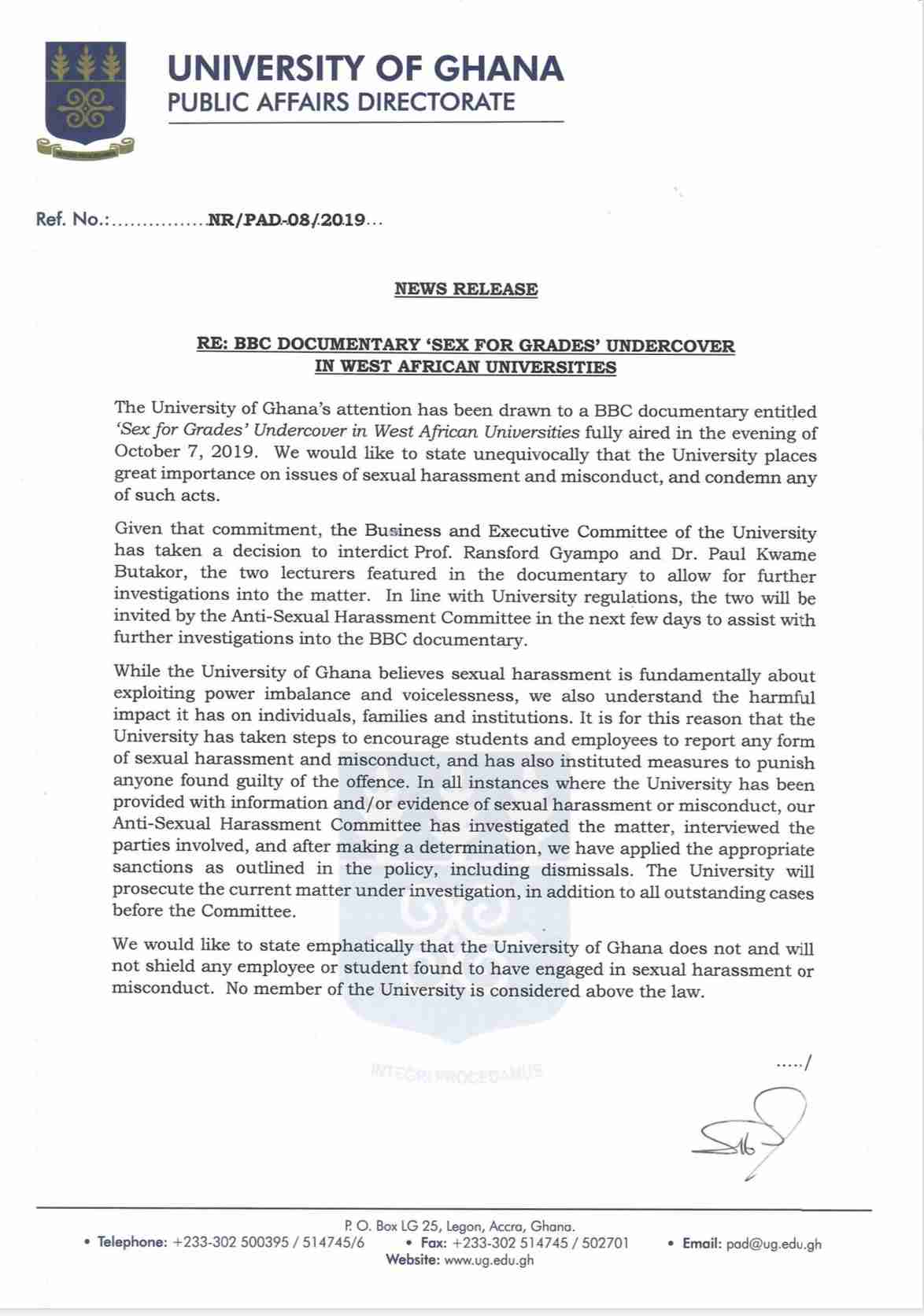 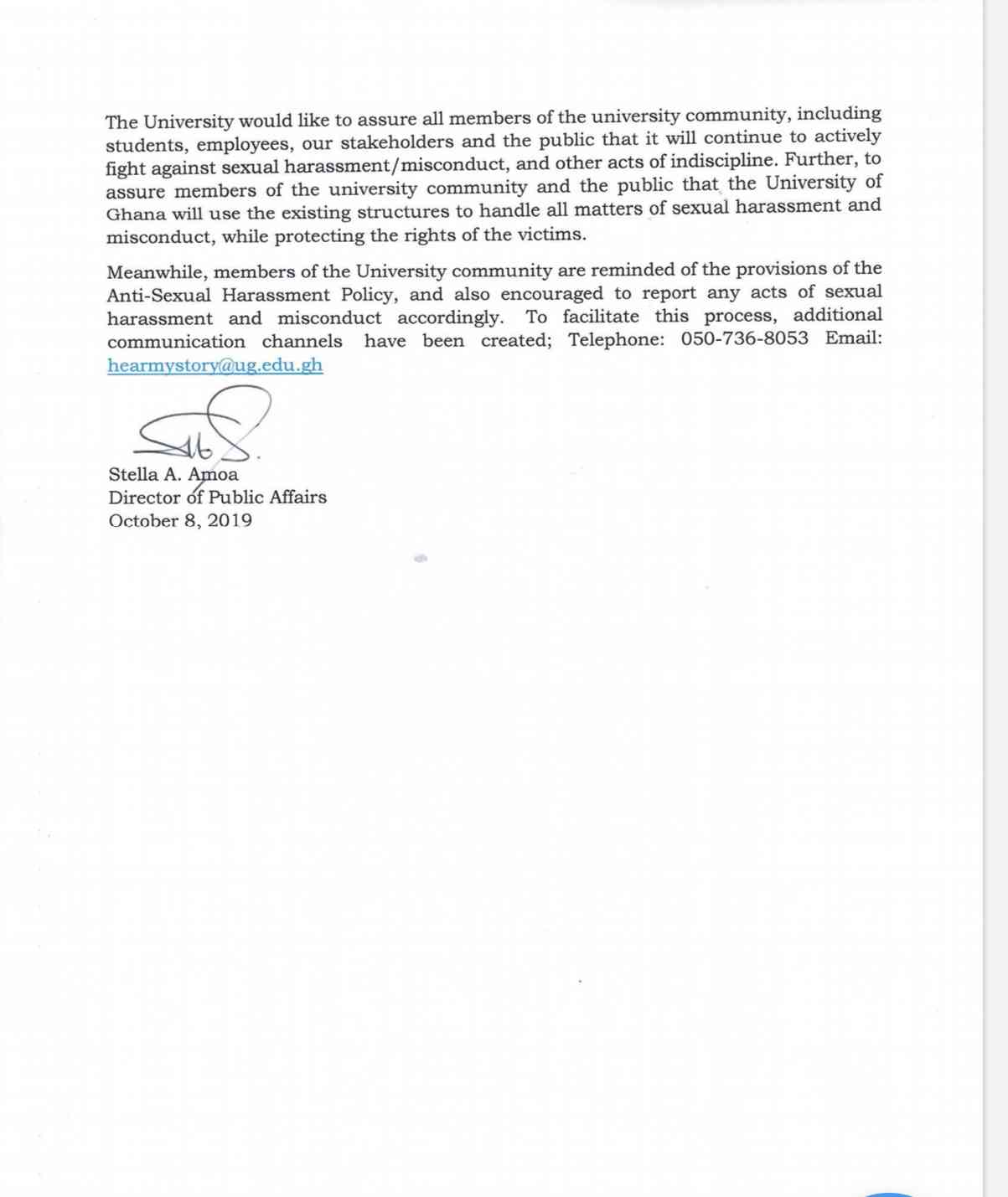 In other news, Professor Ransford Gyampo has made his intentions to sue the BBC known. Dr Paul Butakor on the other hand has been tight-lipped since the release of the exposé.

Keep visiting this portal as the we update you as the story unfolds.