Updates on the Kasoa Ritual Killing suspects and their trial 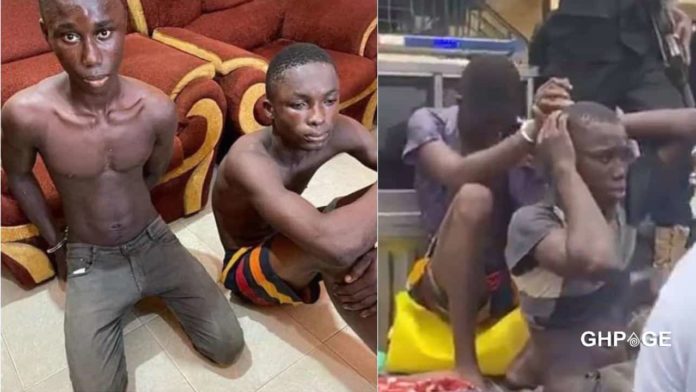 If proven guilty, the two ‘Kasoa lads’ charged with the murder of 10-year-old Ishmael Mensah Abdullah will face a three-year sentence.

This is because the two accused persons — a 15-year-old juvenile and an 18-year-old young offender – cannot be tried as adults under the Juvenile Justice Act.

The accused persons will no longer face jury trial due to their ages, the court presided over by Justice Lydia Osei Marfo announced in court on Thursday, May 12 when the case was called for the jury to be empanelled.

“Before today, I had stated we were going to empanel the jury.

“However, looking at the ages of the accused – one being 18 and the other being 15 and considering the Juvenile Justice Act, it may not be necessary to have them tried by jury,” Justice Lydia Osei Marfo stated.

“A young offender” is defined as someone who is 18 years old or older but under 21 years old, according to the Juvenile Justice Act of 2003, Act 653.

“The oldest among them is still a juvenile offender under the Juvenile Justice Act,” the court said.

The court stated that if the accused persons are found guilty, they will likely face a maximum sentence of three years under the juvenile justice act.