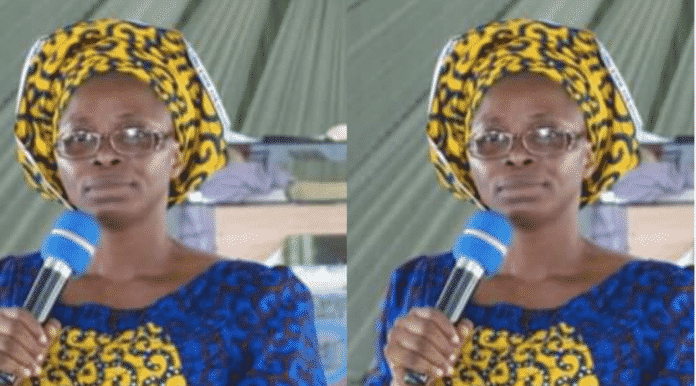 Controversial Funmilayo Adebayo, often known as Mummy GO, a Nigerian evangelist, has made another contentious allegation, claiming that Valentine’s Day is “satanic” all over the world.

The particular day set aside for lovers, according to Mummy GO, is not worth celebrating.

She revealed that the kingdom of darkness created Valentine’s Day, which is observed on February 14th, in order to ruin humans.

“The story that happened where they said they were enjoying Valentine’s Day does not deserve to be celebrated,” the evangelist remarked. The story has nothing to celebrate, but the antagonist picked it because they knew that man — Valentino or whatever they called him — was a decent person who helped others and gave love to everyone.

“However, how did he pass away?” He died a dreadful, pointless end. If you’re familiar with the story, he died of depression. Is that something to be congratulated on? No.

“However, they purposefully chose it because the kingdom of darkness needs a day dedicated to downfall and destruction, and how do you persuade people to celebrate immorality: you choose well-known persons who are well-liked by others.”