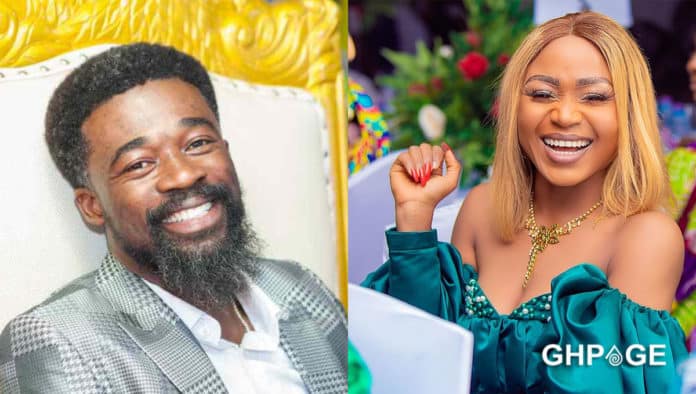 The general overseer and founder of God’s Crown Chapel, Reverend Reindolph Oduro Gyebi, popularly known as Eagle Prophet, has made quite a disturbing revelation about something terrible yet to hit Ghanaian actress, Akuapem Poloo.

In a recent interview, the preacher, who has gained notoriety for making doom prophecies often about public figures, a group of twelve men are nursing plans to gang-rape the mother-of-one and the dastardly act will not end well.

According to Eagle Prophet, the abuse and sexual torture revealed to him in the spiritual realm will eventually lead to the death of Akuapem Poloo.

He explained further that in the revelation he had, he saw the actress lying in a pool of her own blood after the men – numbering a dozen – have had their way with her.

To avert the doom from manifesting, Eagle Prophet urged Ghanaians to pray for Akuapem Poloo as he talked about the sort of demonic spirits which are currently hanging on her neck in the spiritual realm.