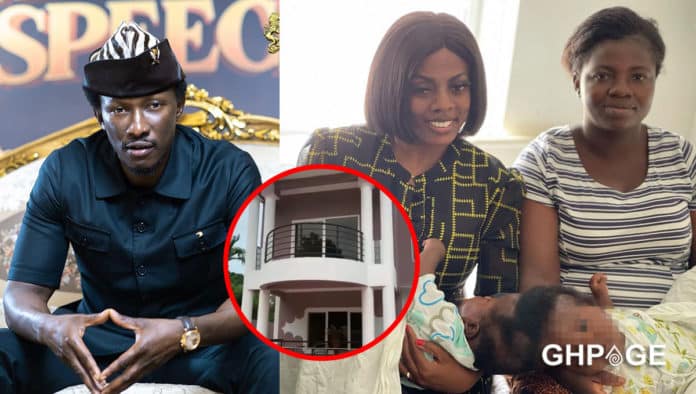 Ghanaian Real Estate mogul Nana Kwame Bediako, also known as Freedom Jacob Caesar or Cheddar, has once again shown his benevolence to humanity by donating a huge sum of money towards a surgical procedure to separate conjoined twins at the Greater Accra Regional Hospital.

This heart-warming news was disclosed by astute broadcast journalist and the acting general manager of GHOne TV, Nana Aba Anamoah, who has led a campaign to solicit funds to cover the total cost of surgery.

In a post on her Instagram page Wednesday morning, she revealed that the millionaire donated a whopping GHS600,000 towards the course via Mobile Money within three days of reaching out to him.

Additionally, Cheddar has also rented a fully furnished 5-bedroom house for the parents of the siamese at North Ridge.

Sharing a video of her hanging out with Cheddar Nana Aba wrote: “As I continue to thank you for donating over 600,000 cedis via MoMo within 3 days of reaching out to you, I’d like to also thank @iamfreedom for getting the conjoined twins a 5-bedroom house at North Ridge.

“It was one phone call & then BOOM…a house. Bless you @iamfreedom. Thanks”

The government had offered to cover the total cost of surgery to separate four-month-old conjoined twins estimated to be about 3.0 million Ghana cedis (about $508,000).

But, according to reports, the president is yet to fulfil his promise to mother Rebecca Bansah and her twins, Lydia and Linda Awui.