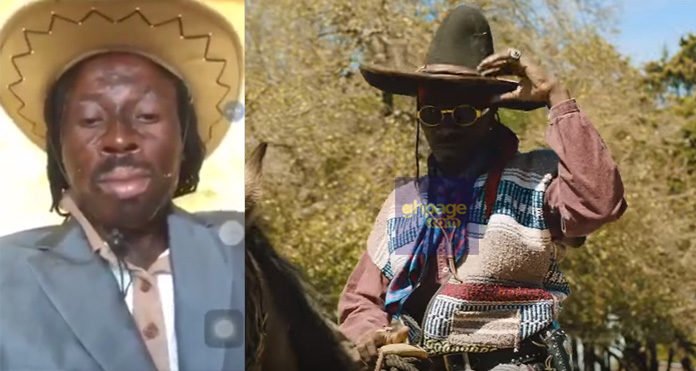 Ghanaian dancehall artiste, Shatta Wale, released what’s supposed to be a music video for his song, “GRINGO” a few days ago generating mixed reactions from fans and industry critics.

While some have applauded the Dancehall act especially the fans who’ll definitely accept anything from their artiste hook line and sinker, others are of the view that the song, Gringo by Shatta is just senseless especially the lyrics.

After barely a week after the official release of Shatta Wale’s most anticipated video Gringo, the music video it has garnered over 566,414 views on YouTube.

Shatta Wale took to his Facebook page and asked his fans to send him videos of themselves jamming to his new song “Gringo”. There have been many videos from fans in Ghana and across the world who have been seen jamming and singing along to “Gringo” but the one that really caught our attention is the one of well-known spiritualist Kwaku Bonsam.

In the video, Kwaku Bonsam, who is noted as a staunch fan of Shatta Wale has endorsed the artiste’s latest song with a self-recorded video. In the video that was posted on the Facebook page of the award-winning singer, the popular spiritualist was seen singing along to the song.

Kwaku Bonsam was spotted in a cowboy hat and was seen nodding his head and mumbling some lines of the Gringo song which was released not too long ago.

According to Kwaku Bonsam, the name of her daughter who was born on Thursday is Yaa Bonsam Shatta.