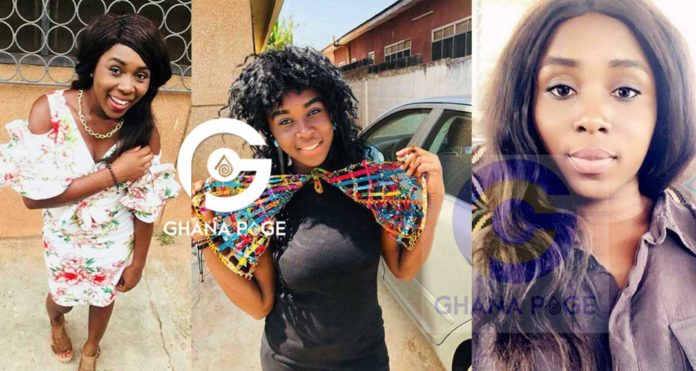 A beautiful young female sports journalist with Accra based Vision1 FM, Priscilla Sarpongmaa Damoah is reported dead. According to reports reaching Ghanapage.com, she collapsed and was pronounced dead when she was rush to the hospital.

From what Ghanapage.com has garnered, Priscilla Sarpongmaa Damoah was has been complaining of slight illness and had made preparations to see the doctor yesterday, Thursday 3rd January 2019 at the Korle Bu Teaching Hospital.

She collapsed yesterday when she stepped out to visit the hospital. According to eyewitnesses, she was seen falling down right in front of her house on Thursday morning at North Kaneshie.

Priscilla Sarpongmaa Damoah was pronounced dead when she was rushed to the hospital. Her remains has since been deposited at the Korle Bu Teaching Hospital.

Share
Facebook
Twitter
WhatsApp
Previous articleIs Delay really married? as she intentionally flaunts her engagement ring
Next articleBurna Boy trolls an Event Organizers for writing his name so small on their bill