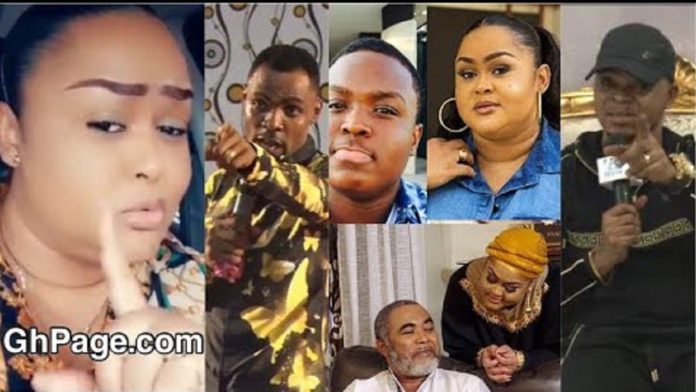 According to the renowned actress, it’s unfortunate that these things are happening in the house of God adding that she will leave such church if she finds herself in such a position.

Vivian Jill also added that she is only concerned about the word of God the preacher disseminates and if she feels it’s out of order, she will leave.

She further advised Ghanaians to be very vigilant and also be prayerful to be able to stay away from pastors who are not from God.

In reacting to the issue of her second son’s baby daddy, the actress explained that she was initially perturbed about the issue but had to let go.

The actress also indicated that she has always been a secretive person and had always wanted her private life to be out of the public domain.

Vivian Jill also added that she owes no one any explanation in regards to the father of her second son Alfie.