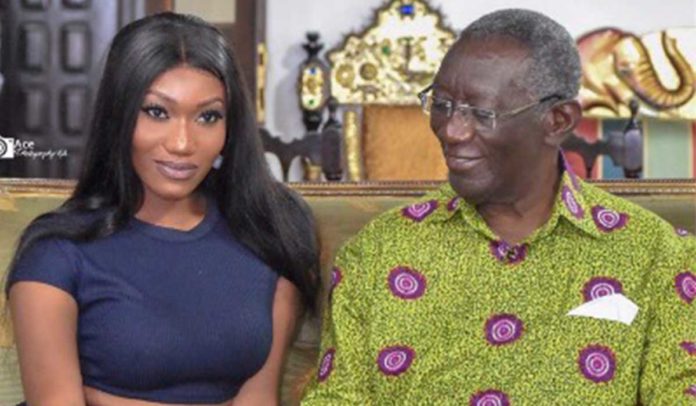 Award-winning songstress Wendy Addo, known in showbiz as Wendy Shay was on the chopping board of Ghanaians after a photo of her wearing a ‘show your stomach’ outfit with former President of Ghana, John Agyekum Kufuor went viral on social media.

Ghanaians descended heavily on her for disrespecting the office of the former president by wearing such a provocative outfit to meet him.

Speaking in an interview, the “Uber Driver” hitmaker has explained why she wore that provocative outfit to meet President Kufuor.

According to Wendy Shay, she chose a decent outfit since she was told that it was an official visit but her stylist came back to tell her that it’s rather a visit to his house and that she needs to wear “something” casual.

Even though she saw the outfit to be inappropriate for the visit but her stylist insisted that she wore it and that was why she was seen in that ‘show your stomach’ outfit at president Kufuor’s office.