Why I couldn’t attend UCC in Ghana” – Patoranking opens up 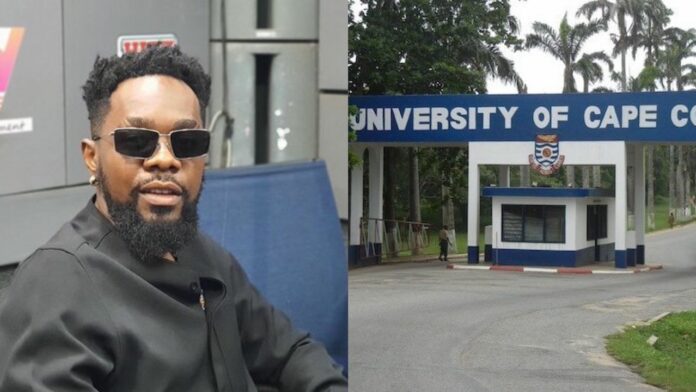 Nigerian singer Patokranking has opened up on why despite having an admission, he was not able to attend Ghana’s University of Cape Coast.

According to him, he was been charged in dollars, unlike the local students.

Speaking on Hitz FM following his visit to Ghana. Patoranking said he did not understand why foreign students were being asked to pay their fees in dollars.

Patoranking added that the fees were exorbitant comparing the exchange rate at the time. But the singer did not know that the fees were going to have an impact on his enrolment and future career prospects, as well as his physical development.

“Back then at the University of Cape Coast, international students were charged in dollars,”

His father asked him to let go of his plans of attending UCC after he had reached him.

“My son, I know this is what you want – to further your education at UCC, but you have siblings. It will be nice to have them have a taste of secondary education.”

Patroranking revealed since he was not able to come to UCC, it gave him the opportunity to rediscover himself and harness his singing potential which ultimately translated into who he has become.