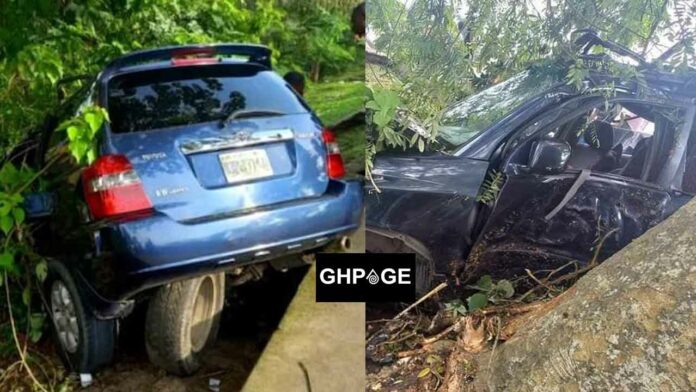 A middle-aged woman has been reported dead from a car crash on the Muritala Mohammed Highway in Calabar, Nigeria while chasing her husband and his alleged mistress.

According to reports, the woman saw her husband with a woman believed to be his side chick leaving a shopping mall.

The wife who was driving a Toyota Highlander tried to block her husband’s vehicle from leaving the mall but he managed to escape.

She then chased after her husband on the highway, where she lost control of the speeding vehicle and veered off the road.

“The lady saw her hubby at Spar shop with another woman in the car, so she hurriedly drove to double cross them. This man saw her car and zoomed off, so the woman became aggressive and sped up.

I was just driving behind them just in less than 3 minutes I saw her involved in the accident and she’s unconscious at point of death. The hubby that was running suddenly dropped off the lady who was with him and rushed down to to assist revive her from the car. She’s been rushed to the hospital. We pray she survives it”, an eye witness recounted.

The woman was rushed to the nearby hospital for treatment as she suffered serious injuries but she passed away minutes later.