WD’19:Feminists are chastising Nana Addo because he didn’t blame men 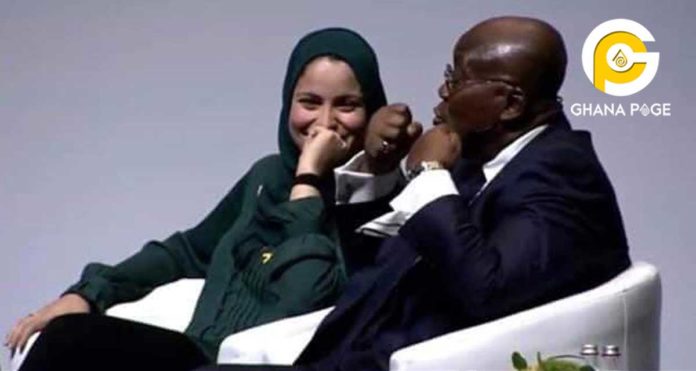 Our president had a good time, he made solid points and spoke the truth most of you don’t deserve to hear because of how you are glued to your entrenched position.

Because he didn’t blame men, because he spoke about women rising up and taking up the challenge, you are chastising him.

Look, no male MP is going to discard his seat and place a woman there, if you want it, fight for it just as men do.

Your gender is not a barrier, a helicopter won’t carry you to a place everyone is mandated to walk simply because you are a woman.

Nana Addo says walk and you’d get there instead of crawling and blaming the man for your own refusal to use your legs.

That lady was only seeking attention exactly how most political gender activists behave when they meet people they’d be glad to write in their CVs that they shared a table with.

Pitri pitri saaa but this is the fact of the matter, if women want to be active players in political leadership, then they should get involved from the very onset, pick a party card, go to rallies, get on radio or TV and defend your party’s interest.

The truth is that women in politics in Ghana have more opportunities because every government strives to achieve a certain level of gender parity.

You guys skip political posts, you watch Telenovelas instead of news and Political talk shows and want the men to go through the mill and come and hand pick you at the end of the tunnel for the positions they dedicated their entire lives to prepare for?

You are kidding, if you want it, fight for it in a practical way because positions are not and should not be earned based on one’s genitals.

It is a fact that women in politics have more opportunities than men in politics, the 30% our President Spoke about is actually unfair on men if we really want to talk about equality and fairness. The ratio of men and women in politics is very much likely to be higher than 7:3.

Go to meetings of TESCON and TAIN in the various universities and you’d realize how even women in higher education chicken out of politics. They will graduate, become activists and bastardize men for a few women in leadership.

The opportunities for women to succeed and compete have been provided, legally, there’s nothing holding women back: don’t say you hate politics as a youth and expect to be a Minister because you have a Ph.D. from a University in Sri Lanka.

All Nana needed to say to be applauded was: I BLAME MEN FOR THE FEW WOMEN IN POLITICS instead of the truth