Wow; Meet The Billionaire Who Matches The Color Of His Turban With A Matching Rolls Royce(Photos) 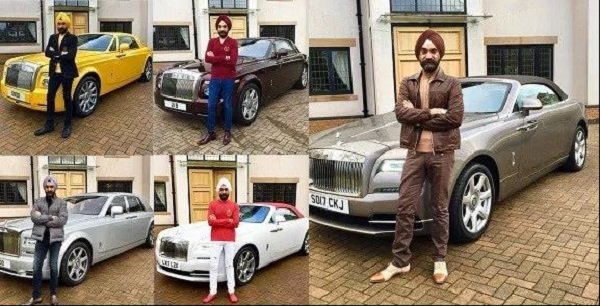 Narrating the stories of the wealthy beings on this planet come as something imaginative and fascinating, such happen to the story of a London based Sikh businessman Sardar Reuben Singh, who owned a fleet of Royals Royces and matched them with his turban color.

READ ALSO: I Was Nearly ‘Raped’ By A Top Business Man In His Office- Joselyn Dumas Revealed

Sardar is reported to have started out as a young and energetic businessman and had breath well in the business world before becoming bankrupt in the year 2007. 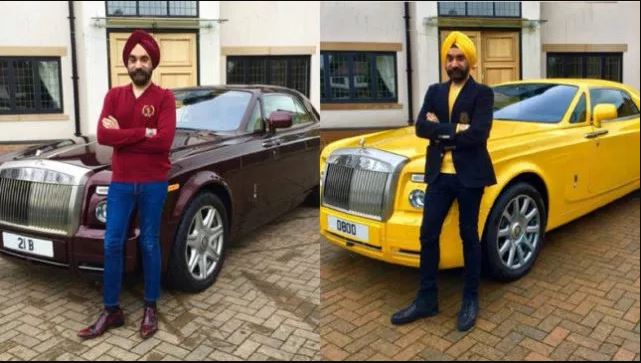 He later bounced back and regained his business strength with the help of a mounted determination and his hunger to build an empire for himself.

Read his interesting story below……

Sikhs and royalty go hand in hand, the legends of their exemplary tales are mesmerizing enough to leave you cursing your daily 9-5 jobs.

One such inspirational story is a London based Indian businessman, Sardar Reuben Singh who owned a set of the famous Rolls Royce and match them to his turban colour.

READ ALSO: The Biography Of Osei Kwame Despite And How He Moved From Grass To Grace (With Pictures)

While we keep cribbing about not being able to match our Tees and jackets with same colour shoes, Reuben Singh earned enough on his own to build an empire which saw him amass big fortunes.

However, it was good only till it lasted as he was declared bankrupt in 2007 after his business fell unprecedently. Termed as the British Bill Gates for his young endeavors as an entrepreneur, Singh accumulated huge wealth with his own ventures and never asked for a share in his father’s already established business. He founded a fashion chain: Miss Attitude, which became widely popular in the 90s Britain.

He started out by working over 20 hours in his first ‘Miss Attitude’ store at the age of 17. With the hunger to build an empire for him, he kept striving for more and achieved a lot before being forced to sell out his debt-laden business for a shocking £1 (approx Rs 80) to American financier Gary Klesch.

The once abounding media went all gun blazing on Singh as he suffered huge losses and couldn’t pay back loans of over 11million pounds (approx Rs 10 crores).

The media also alleged that Singh took the shelter of favored articles and columns to establish him as an influential business figure. However, the Rolls Royce owner defended himself and floored the rumors suggesting that they are only jealousy based and made to hurt his reputation.

Talking about the elite Rolls Royce cars, the brand in itself is a huge name and is famous for rejecting customers who don’t fit in their criteria of being reputed enough to carry a Royce key. Some big Bollywood names who own one of the perfectly crafted beauties are Amitabh Bachchan, Aamir Khan, Akshay Kumar and Priyanka Chopra. But certainly, Singh’s impressive numbers can put to shame any other Rolls Royce owner.

Though now the elite brand has a number of owners in India, to own a Riyce during the early 2000s was in itself a big feat which Sardar Reuben Singh aced perfectly.

READ ALSO: Photos: Asantehene’s Garage Is A Tourist Site To Visit-Check Out His Luxury Cars On Display

See the lovely photos below…… 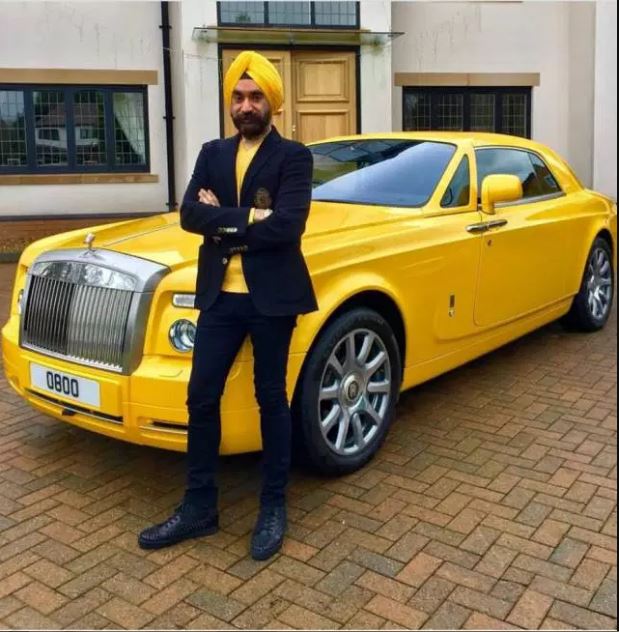 SCROLL DOWN to NEXT PAGE and click to view more images……..