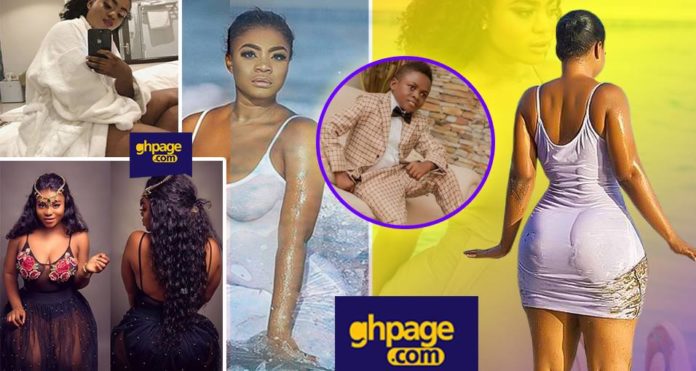 Yaw Dabo has finally come clean and explained that although he has a great relationship with Kumawood actress Vivian Okyere, there is no s*xual relationship between him and her.

Yaw Dabo was on the Delay show with ace media personality, Delores Frimpong Manson and he revealed that he has a very good relationship with Vivian Okyere but she is not his girlfriend.

Yaw Dabo explained that they got very close after they shot a movie titled “Me Gye Wo Girl” where the two of them were the lead characters. He added that if he wants Vivian, he is confident enough to propose to her but he insisted they are just friends.

For over a year, there have been constant rumors that midget Ghanaian actor, Yaw Dabo is dating her colleague actress, Vivian Okyere aka Tundra.

SEE ALSO: Dabo reveals how he got the lexus car

Vivian Okyere after the news broke confirmed the rumors and even in a video recording confessed her love for the actor. He warned people not to underestimate their relationship because Yaw Dabo is her world and he is special to her.

A few months later, this same lady was on TV denying the relationship. Meaning, she lied about her affair just for hype and stood on live TV and denied ever having an affair with Yaw Dabo. She was even bold enough to accuse bloggers of falsely tainting her name….such nonsense!.

SEE HERE: WATCH VIDEO – “My love for Yaw Dabo it’s natural, Don’t underestimate him, He is my heart –  Vivian Okyere

Yaw Dabo never confirmed or deny the rumors. This is the first time he is really clearing the air on his relationship with Vivian Okyere.

You might want to scroll to the 27th minute if you just want to watch where he talked about Vivian Okyere.

Share
Facebook
Twitter
WhatsApp
Previous articleMajority leader reveals the relationship between Prez. Mahama and fmr EC boss
Next articleAbortion pills were given to Nayas by a staff of Multimedia – Ernest Opoku alleges