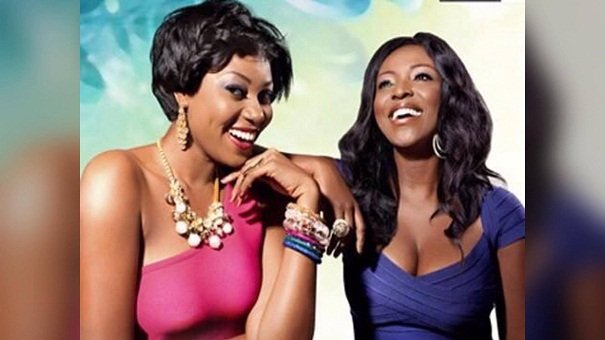 For those that knew that two of Ghana’s talented and beautiful actresses, Yvonne Okoro and Yvonne Nelson were at war will be pleased to know that, their beef is over. They have reconciled for the better.

For months now, Yvonne Okoro and Yvonne Nelson were secretly beefing each other and were throwing jabs at each other at the least provocation. Because they are both classy and matured, they managed to avoid it being blown to full-scale girls drama.

But for weeks now, anyone who has been monitoring their social media accounts can testify that the jabs and the silent name calling between the two have stopped.

Well, it appears the beef is over and it all because Yvonne Okoro decided to be mature about.

A Snapchat Video of Yvonne and Yvonne was posted by Yvonne Nelson on Instagram. Apparently, the two made the video in Okoro’s house when they met to smoke the peace pipe.

In an exclusive interview with Joy News’ MzGee, Yvonne Okoro indicated that her grudge with fellow actress Yvonne Nelson was irrelevant.

“It is over. After a while, you will sit down and start to think, why are we even fighting? It doesn’t even make sense. It is so unnecessary,” she disclosed

SEE ALSO: Trudy Marcel, The Nurse Who Was Sacked For Doing Live Video At Post Is Back At Work

“I picked up my phone and said Yvonne, where are you? ‘She said, ei what’s up?’…I said… you want me to come over or you wanna come over to my house? She said I can come over. She came over and that was it,” Yvonne Okoro narrated.