Will Shatta Wale and Stonebwoy be part of the 21st edition of the VGMAs, the board will decide 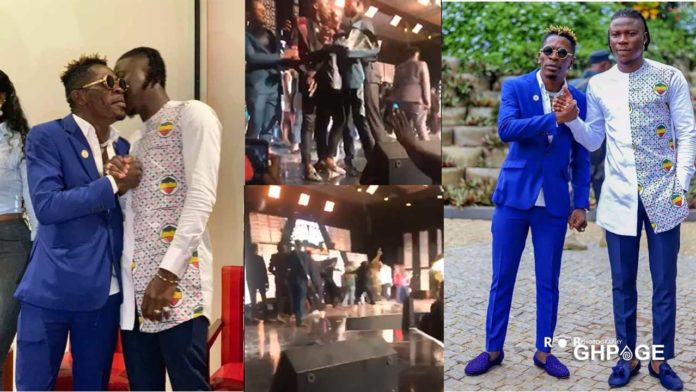 The organizers of the Vodafone Ghana Music Awards(VGMA), Charterhouse, has called for entries for the 21st edition of the musical awards event which takes place annually.

The 20th edition of the event led to misunderstandings amongst the two reigning dancehall acts in Ghana which the board eventually banned them indefinitely from the awards scheme, stripped of all the awards they won last year and asked to return the plaques after they disrupted the event.

Robert Klah, Head of Public Events of the company said that the inclusion or exception of Stonebwoy and Shatta Wale will be determined after the board is reconstructed.

At a press conference held by Charterhouse at the Alisa Hotel, a member of the board, Amandzeba, read that the actions of Shatta Wale and Stonebwoy flouted the rules of the scheme which brought the name of the event into disrepute and therefore sanctioned the two thus;

Both musicians are hereby banned indefinitely from participating in the nominations, selections, and performances at the Vodafone Ghana Music Awards scheme.

Also, the two artistes are hereby stripped of all the awards they won at the 20th VGMA and are thus requested by the board to return all plaques in their possession to Charterhouse effective immediately.

Also Read: Efia Odo spits fire on Shatta Wale after he chopped and dumped her

The deadline for filing of nominations for this year’s VGMA is on the 31st of January, 2020. Mr. Klah mentioned in an interview with MzGee on 3FM’s ShowBuzz that the board will be reconstructed before the deadline.

“As it stands, the resolve of the board still holds. When the board reconstitutes, they can decide whether the ban should be lifted or not,” he said.