'It's my private life' - Sally Akua Amoakowaa Mensah aka Akua Ghana's most beautiful answer to being the 4th wife Dr. Kwaku Oteng 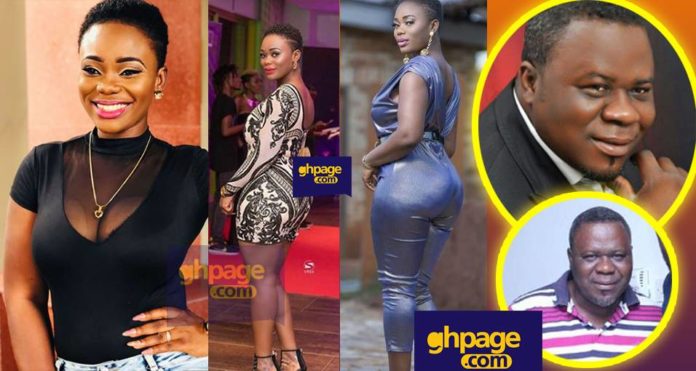 The stepmother of Ghana’s youngest Member of Parliament of the fourth republic, Francisca Oteng-Mensah — Sally Akua Amoakowaa Mensah popularly known as Akua Ghana’s most beautiful has reacted to the rumors of being the 4th wife of business mogul, Dr. Kwaku Oteng.

In an interview with Zionfelix on his celebrity ride show, the mother of two couldn’t deny or confirm if indeed she is not even the second, a third, a fourth or the fifth wife of the businessman as the rumors continues the gain grounds.

Her reply to a ‘not so sure’ question asked by the presenter; “I read online that you are the 3rd wife or the 5th wife, I saw people write about it, is that true?” was “Well, my matrimonial affairs, I will say is private.”

Sally remained adamant about the presenter’s persistence to ascertain the fact of the matter, which she continued to say;

“In this world, you cannot answer everything people will say because when it happens like that, you become talkative. (the explanations becomes longer).For me, it is not anything I hear that I answer. Those that you think when you answer, it’s going to help, then you do so but there are some, you just have to let it go”

On how she met the Dr. Oteng she revealed she met him in 2011 after Ghana’s most beautiful at the Golden Tulip Hotel.

About 4 months ago, Ghpage.com gathered she happens to be the 4th wife of Dr. Kwaku Oteng who is the CEO of Angel group of companies.

It was met with trolls from all angles on social media as most who reacted couldn’t fathom why a young lady would agree to be the wife of the man with many other wives — for the money — most concluded.

Well, if that’s anything to go by then she is the general manager of her husband owned Angel Tv, hosts their purple room talk show and owns other ‘goodies’ that came with it.