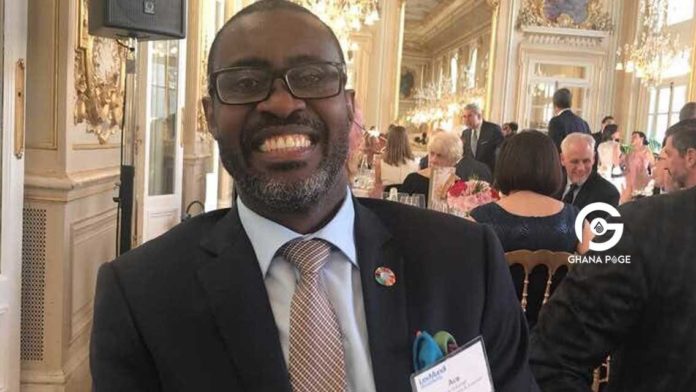 The official Facebook page of the renowned private legal practitioner, Ace Anan Ankomah has either been deactivated or deleted few hours after Kelvin Ekow Taylor’s exposé allegedly implicating him in the conspiracy to brand NAM1 as a fraudster.

The official Facebook page where the lawyer interacts and shares his views on national issues was called “Ace Anan Ankomah”. It had over Seventy-Six Thousand (76,000) followers before it was taken down.

We do not know the motive for the takedown or it has anything to do with Kelvin Ekow Taylors allegations but the page coming down just a few hours after the exposé has raised eyebrows on social media.

See the screenshot of the page:

Kelvin Ekow Taylor, the host of “With All Due Respect – Loud Silence Media” on Facebook released part 2 of his exposé on Nana Appiah Mensah troubles with the law.

According to the Ghanaian USA based journalist, Nana Appiah Mensah was not guilty of the numerous charges of fraud raised against him and Ace Anan Ankomah was aware he was innocent of the charges but went on air to defame him.

Watch the exposé from Kelvin Taylor below

He explained that the Dubai gold company which raised the fraud charges against NAM1, Horizon Royal Diamonds met with Ace Anan Ankomah and showed him pictures and identity of the fraudsters and he agreed to help them.

But later there was deliberate plan to implicate Nana Appiah Mensah in the scam by some head of institutions and politicians and he was brought on board.

SEE ALSO: The Nigerian who defrauded Horizon Royal Diamond in Dubai posed as the son of Otumfour Osei Tutu II and royal Prince of Ashanti Kingdom

The astute Lawyer, Ace Anan Ankomah is yet to react to the allegations leveled against him by the journalist.