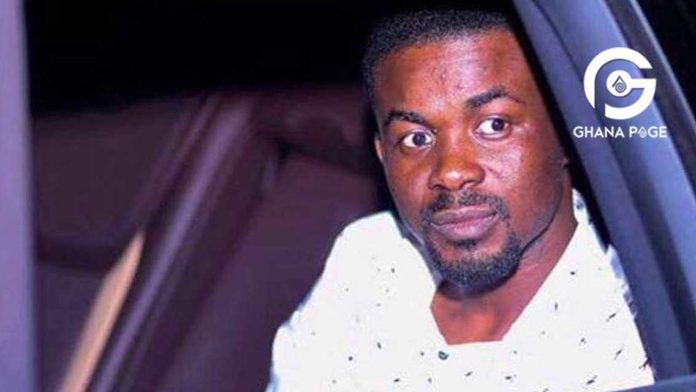 The host of “With All Due Respect – Loud Silence Media” on Facebook, Kelvin Ekow Taylor, has made a shocking revelation about the man who led the scam to steal 50 million dollars from Horizon Royal Diamond Limited, the Gold dealership company from Dubai which ended NAM1 in prison.

Upon recommendation from the Economic and Organized Crime Office [EOCO] and the Securities and Exchange Commission [SEC], the representative of the Dubai company met with Adewoye Olorunfemi Adetunje, Ekow Taylor claims.

Adewoye Olorunfemi Adetunje told the company he owns Gust Gold, a gold dealership company. He also claimed he is a majority shareholder in Menzgold owned by Nana Appiah Mensah.

Together with his Ghanaian accomplice, Charles Opoku Darko whom Kelvin Ekow Claim is a financier of the ruling government met with the Horizon Royal Diamonds in Dubai and 50 million dollars was paid into a Unibank account in Ghana for them to supply the gold.

50 million dollars was paid into their account at Unibank Ghana with the account number, 0301002050011 by the Dubai company. But when the money was cleared from the account, both fraudsters vanished.

It was after that Nana Appiah Mensah was arrested when he went chasing his legitimate 39 million dollars worth of gold he had supplied to the same company.

The CEO of the company inserted NAM1’s name in his statement to implicate NAM1 for defrauding him leading to his arrest and incarceration for 7 months in Dubai.

Ekow Taylor also claims Adewoye Olorunfemi Adetunje and Charles Opoku Darko were given VIP treatment to flee from Ghana through Kotoka International Airport after NAM1 was arrested in Dubai.

Ekow Taylor also revealed Nana Appiah Mensah was introduced to the gold dealership company from Dubai by officers at EOCO and SEC and they endorsed NAM1 as a legitimate company to do gold business with.

NAM1 is set to reappear in court on 26th July 2019. He is facing charges of defrauding by false pretense and operating an illegitimate business.