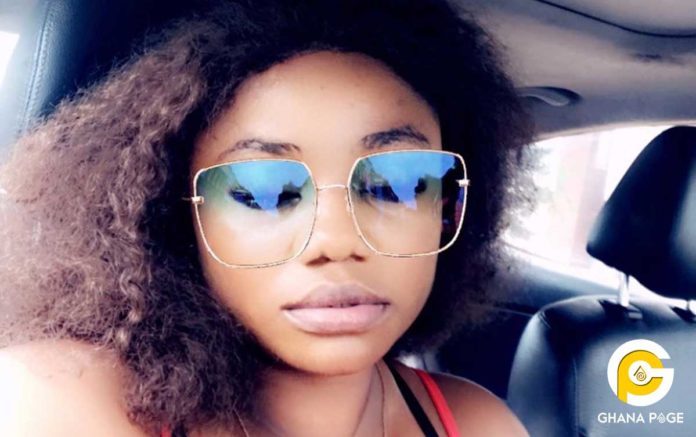 Many at times some people come in your lives when we are in dare need of support but the how we pay them always remain a problem.

Explaining how she came into contact with Akrobeto, she stated that she met the actor during her early days in the movie industry after she had been sacked from home by her caretaker from showing her breast in a movie scene.

Also Read: I dated Ernest Opoku, fought with him and he gave me 300gh for rent – Queen Lissa

She said things were hard for her those days which even made her date Gospel singer Ernest Opoku but Akrobeto came to the picture and offered her work in his wife’s agriculture shop where she was selling farm tools.

Asked if whether she had anything to do with Akrobeto back then, the actress who failed to give a straight answer said she only used to cook with Akrobeto after which she gives him chewing gum to chew.

Queen Lissa also added that a relationship with Akrobeto couldn’t be possible because his wife was not always looking happy when the actor comes over and hug her.

Also Read: I dated a sugar daddy who supported me through school -Queen Lissa

We are still wondering which chewing gum she gave to Akrobeto as payment for the good deeds he did for her.