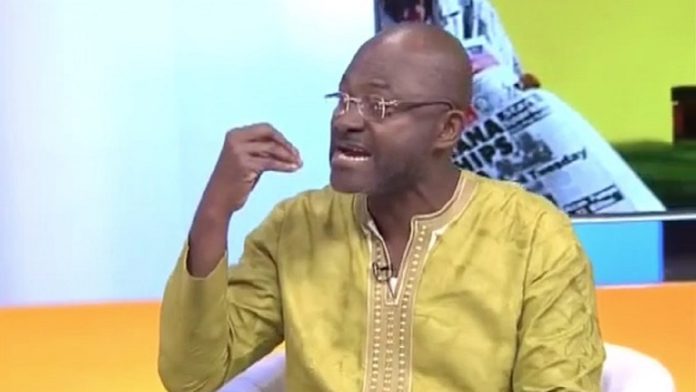 According to Kennedy Agyapong, he will contract women to severely beat up the head pastor of Glorious Wave Church International over the ethnocentric comments he made about women.

He stated that the President of Ghana, Nana Akufo Addo cannot stop him because he will contract women to march to his church to destroy everything.

Kennedy Agyapong also added that John Mahama is no longer in power and that if Badu Kobi dares him, he will hire women to beat him up mercilessly.

“Akufo Addo cannot stop me, I will march women to his church to destroy everything. Let him know that Mahama is no longer in power. If he dares me, I will contract women to drill him. Women are those who will beat him and his other foolish junior pastors who were responding in agreement with those comments he made.

What are Ghanaian women looking for? God has given you all the sense but you are refusing to use it to think and allowing stupid and foolish people like this to insult you for free. I am really angry this morning.

Religion is impeding progress in this country and I think these pastors should be ordered to pay tax. I am so disappointed in Ghanaian women, let’s sit up. These pastors are amassing wealth at the expense of the ignorant”, Kennedy Agyapong angrily stated.

This comes after Prophet Badu Kobi in addressing his congregation stated that Ashanti women are greedy, disrespectful to their husbands and selfish.

He also added that Fante women are very foolish and Ewe women are mostly dominated by the men.

This statement has received massive backlash from the Ghanaians and several celebrities, asking him to apologize.

The man of God, however, stood his grounds and stated that all those who spoke against him are ignorant and witches.