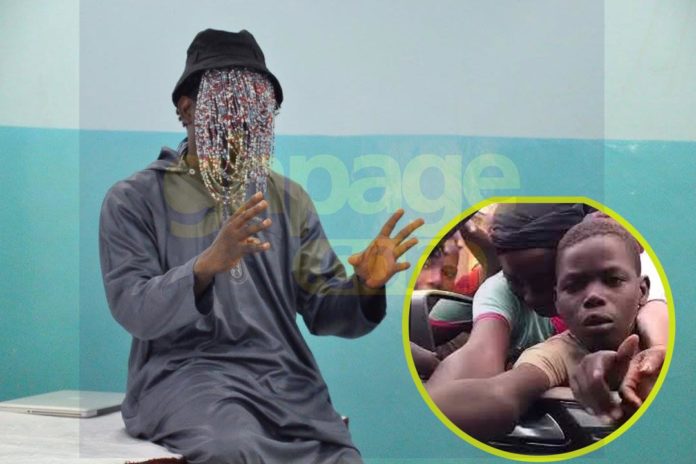 Investigative journalist Anas Aremeyaw Anas has released a teaser of his yet to be premiered video on illegal child beggars on the street of Ghana.

The video according to sources is a 10-minute video which would be premiered in August 2018.

Also Read: Kennedy Agyapong promises to make peace with Anas only if

According to Starrfmonline.com report, the project is in collaboration with OAfrica under the #KidsOurFuture campaign.

The latest Anas’ work after his most talked about “Number 12” expose is aimed at highlighting child trafficking in the alms begging business and some of the abuses such children are subjected to.

According to what we have gathered from his Tiger Eye team in the yet-to-be-released video, there is more than the children just begging on the streets.

“It was observed that children were trafficked by adults and used as business. Children are denied of their right to education, good health, nutrition, protection and choices and do dangerous work for the benefit of the traffickers, who buy and sell them across borders with impunity,” a press statement on the project said.

Also Read: Anas releases another video of his meeting with Justice Kweku Annan

The statement also added that “This observation culminated in the ten-minute film “Chained by Begging” with an original score by Stonebwoy to be shown on all major TV networks across the country in the month of August.”

Watch the teaser below:

SEE MORE: I will always support Kennedy Agyapong over Anas – A Plus