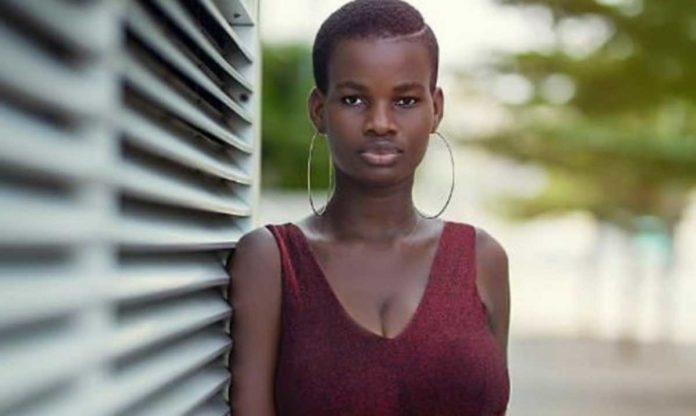 Popular video vixen Pamela Odame Watara was at the church premises of Bishop Daniel Obinim where he revealed a shocking prophecy to her.

According to the founder and leader of International God’s Way Church, there are spiritual forces in Pamela’s family that are fighting against her.

Angel Obinim also revealed that these forces, especially from her father’s side, are dwarfs that are curtailing the progress of Pamela and her siblings.

He further disclosed that these old dwarfs are interfering in the development and growth of the entire family and will always follow her even if she travels outside Ghana.

The man of God also revealed that these dwarfs spirits surrounding her are only appeased with local hard gin.

According to Angel Obinim, if he is able to deliver Pamela from these dwarfs spirits, her dreams and requests will all be fulfilled.

However, Pamela also claimed that indeed she is currently facing an issue of ‘promise and fail’ and pleaded with the man of God to deliver her.

Angel Obinim further prayed and delivered her from the covenant and bondage between her and the dwarf spirits.