Video: Bastie knocks out Bukom Banku in 7th round 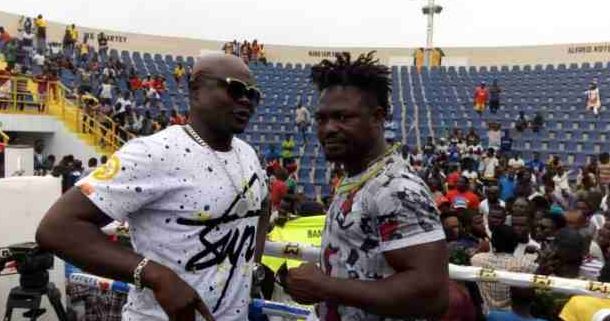 The two before the bout were undefeated heavyweight boxers.As some will say he “met his meeter”—Bukom Banku lost it out as he was knocked out by Bastie Samir in round 7.

Banku started the fight as the favorite due to his experience and won the opening 2 rounds, but Samir recovered well to win round 3 where he first punched Banku to the floor. 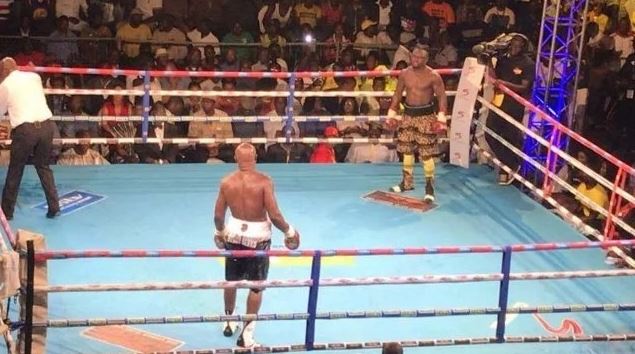 Bastie Samir again administered a combination of jabs in an unexpectable manner to daze Banku in the 7th round.

Referee Roger Banor, decided to end the grief of Banku who clearly looked out of touch.

And for the first time, Banku has lost a bout in his career.

Right after the fight, Banku was made the object of mockery on social media following his damaging loss to Samir Bastie.

The social media world did not disappoint at all, Interestingly Shatta Wale leading the way in trolling the Self-acclaimed Ghana Mayweather.

Here are more of the comments from Ghanaians on social media.

Yes it was a 7th round KO for Bastie Samir the beast. He beat Bukom Banku like his son. What a thrilling bout it was. I stood all through