Video: Becca’s marriage will crash like that of Chris Attoh’s,Juliet Ibrahim’s and co - Amandzeba 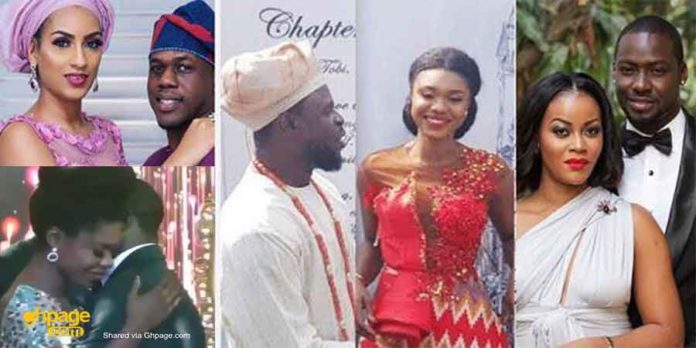 Amid the various congratulatory messages that fans, colleagues, and well-wishers are sending to Becca and her Nigerian husband, Tobi — a fairly popular entertainment enthusiast in Kumasi, Amandzeba Fiifi Smith thinks otherwise—believes Becca’s marriage will not last.

Amandzeba, speaking like a ‘God’ or a ‘soothsayer’ who knows what will happen in the future in an interview on Kumasi based radio Nhyira FM, continued that it saddens his heart Becca couldn’t find anyone in our creative industry.

READ ALSO: Becca’s wedding: When Becca stepped onto the dance floor with Tobi

He believed it would have been better for Becca to find someone in Ghana or in our entertainment industry —nonetheless— as Ghanaian celebrity relationships with Nigerians don’t last.

He referred to Juliet Ibrahim’s relationship with her estranged Nigerian boyfriend, Iceberg Slim, and Ice Prince as typical examples.

According to him, Juliet Ibrahim, first of all, divorced her husband to run after Ice Prince, which he said didn’t last.

The entertainment pundit Amandzeba Fiifi Smith also used Chris Attoh’s marriage and divorce with the Nigerian actress Damilola Adegbite as another example to support his claims.

He added that,though he wishes Becca well, he sees the marriage as one which both parties are looking at the benefits they are going to get from each other.

The singer born Rebecca Akosua Acheampomaa Acheampong and her fiance Tobi Sanni Daniel got engaged in a traditional marriage ceremony yesterday,18th August 2018 in Accra which the white wedding followed thereafter.