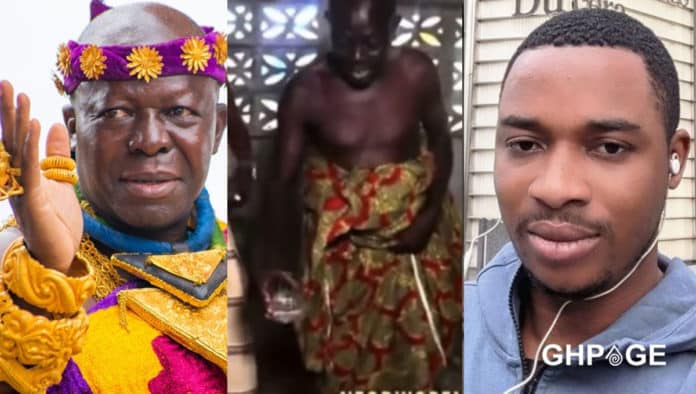 The US-based Ghanaian incurred the wrath of many Ghanaians after he condemned the Asantehene and other local chiefs for allegedly offering lands to be used for illegal small scale mining activities, popularly known as Galamsey, that have posed danger to the countries water bodies.

Jonas while descending on the chiefs and leaders in his recent rant said: “Even the Asantehene said if you are a chief and give people land to illegally mine in return of goat then it’s over to you.”

Jonas’ comments appeared not to have gone down well with some traditional leaders who have taken severe actions to summon Jonas to a shrine and rain curses on him.

In a video that has surfaced on social media, the traditionalists are seen pouring libation with bottles of schnapps over a slaughtered goat whilst inviting the gods of the land to go after the social media commentator.