Benedicta Gafah kneels down to beg Mcbrown in public 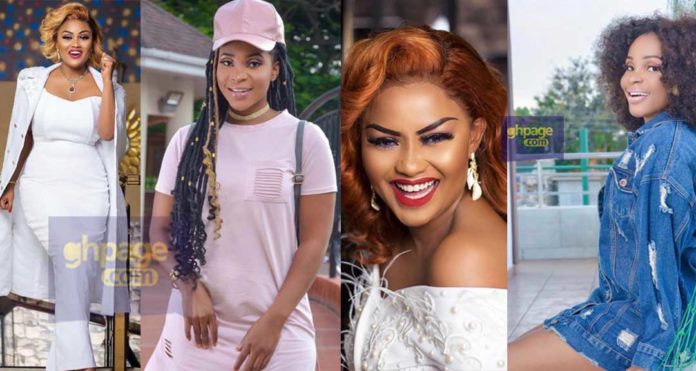 Popular Kumawood actress, Benedicta Gafah has narrated how she knelt down in front of Kumawood princess, Nana Ama Mcbrown to plead with her to forgive her for a false allegation attributed to her.

SEE ALSO: Benedicta Gafah rain curses on Xandy Kamel on live TV and she has a good reason for doing it [Watch]

According to Benedicta Gafah, she never said anywhere that she was more beautiful or a better actress than Nana Ama Mcbrown but when that news went viral, she begged Mcbrown for forgiveness.

Benedicta Gafa explained that she was on set with Mcbrown. In fact, they were by the roadside shooting a movie but she knelt down in front of Mcbrown and begged her to forgive her. She told Mcbrown she didn’t say that anywhere and Mcbrown understood her.

Mcbrown was speaking with Abeiku Santana on Atuu when the issue came up. Watch the interview below

In 2017, a report went viral that Benedicta Gafah has boldly stated that she is far mother beautiful than Nana Ama Mcbrown, Emelia Brobbey, Vivian Jill and all the Kumawood actresses.

Benedicta Gafah further stated that she is a far better actress than any of the actress mentioned and she wonders why people always compare her to them.