Blackstars must seek the face of God – Prophet Nigel Gaisie 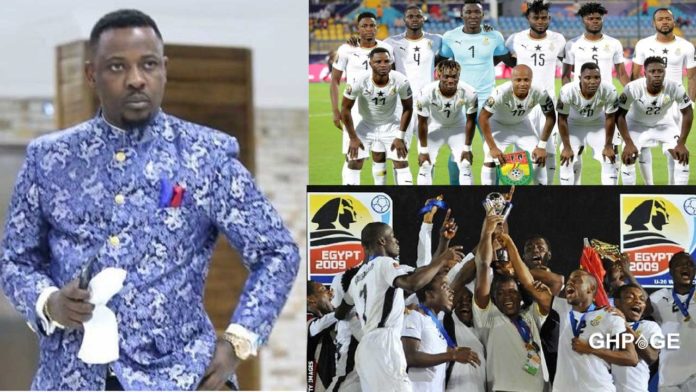 It’s almost 3 decades since the last time the national team won a trophy and this has been an issue of concern to some football lovers and the country as a whole.

According to some people, the first duty of the next elected GFA President is to make sure that Ghana can win the next AFCON trophy scheduled for 2021.

At the just-ended 31st December Watchnight service by Prophet Nigel Gaisie, God has told him that at the moment he is not happy with the black stars because of some evil dealings that some of the players are engaged in.

According to the prophet, God through the prophecy has revealed to him the people engaged in such dealing and has warned that they all desist from their evil deeds and seek his face otherwise the country would never win any trophy again.

Prophet Nigel Gaisie is known to have given some prophecies in the past about some people, events and places which came to pass notable amongst them is that of the late Dancehall sensation Ebony Reigns and his predictions about 2016 general elections.