Brother Sammy to sell anointing oil that can cure HIV

Video: God appeared to me together with Angel Micheal and Angel Gabriel and asked me to start selling anointing water that can cure all sickness including HIV - Brother Sammy 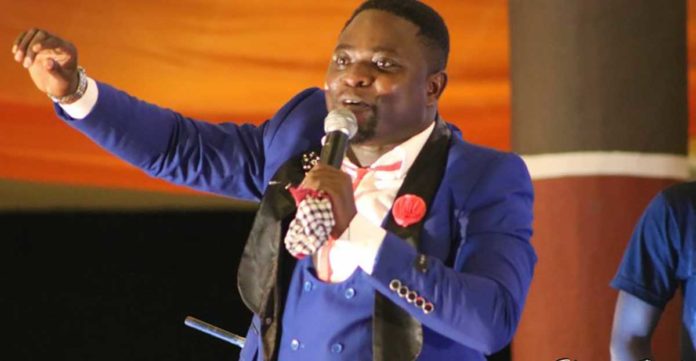 Gospel singer Brother Sammy seems to have also found another way of making money apart from getting some money from using his voice to sing.

According to the musician who parades himself as the Nation’s worshipper, God has given him an anointing that he should use to prepare and sell anointing oil that can cure almost all illness and disease including the dreaded HIV.

In a video interview available, he made mention that the direction given to him by God was to prepare the anointing oil which he calls “Spiritual Divine Healing Water” between 1 am and 2 am.

Touching on what the kind of sickness the “Spiritual Divine Healing Water” can cure, he cited HIV, Asthma, Gonorrhoea, Hepatitis B, Diabetes and Cancer.

He further revealed that how God revealed Himself to him in one night and in the process, showed him how to prepare the special oil under discussion.

He added that he saw Angel Gabriel, Michael excluding Angel Obinim all with the Supreme Being the day he had the encounter.