Bullet can’t have sex with me – Wendy Shay 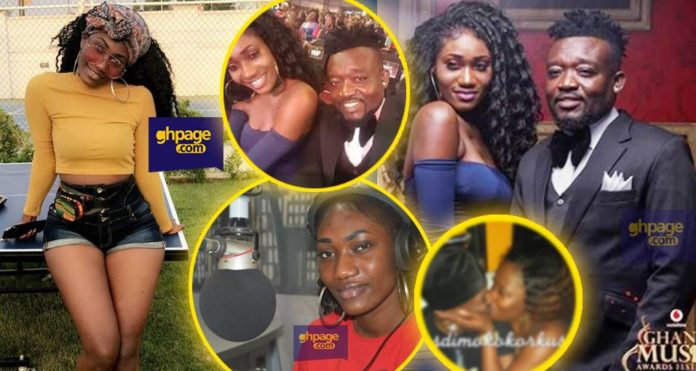 Rufftown Records’ new signee, Wendy Shay is really living up to the expectation of her predecessor, late Ebony Reigns who was considered as the hottest dancehall ever.

Rumour has it that Bullet, CEO of Rufftown records engages in sexually related activities with his female signees, including the late Ebony Reigns, however, the newest act on the record label, Wendy, has debunked such rumours.

read also: Bullet was destined to be my manager – Wendy Shay

Earlier this week, a video circulated online which raised eyebrows on social as to the kind of relationship between the two.

In the video, Bullet and Wendy were captured all over each other and walking hand in hand and some fans believe that they are going too far than just a musician and manager.

But according to the “Uber Driver” hitmaker, she considers Bullet as a father hence, she can’t have sexual relations with him.

read this: Joselyn Dumas blasts 3 Music Award organizers for failing to pay her

Wendy claims the relationship between herself and Bullet is strictly platonic and the mere thought of taking it to the next level has never crossed her mind.

In an interview, the singer emphatically stated: “Oh naa, not at all. Bullet is my daddy. I have never even thought of anything like that”

The budding talent says she hopes to become an internationally recognized musician and strongly believes Bullet is capable of helping her gain that status.

read this: Actress Salma Mumin pregnant with her first child

Supporting her submissions, Bullet himself stated that he allows a free and cordial relationship with his signees to enhance a comfortable work environment, however, Ghanaians have misunderstood his intentions.

“I have a cool relationship with my talents. Music has to do with emotions, so I always want to connect with them on that level in order to bring out the best in them”, he said.