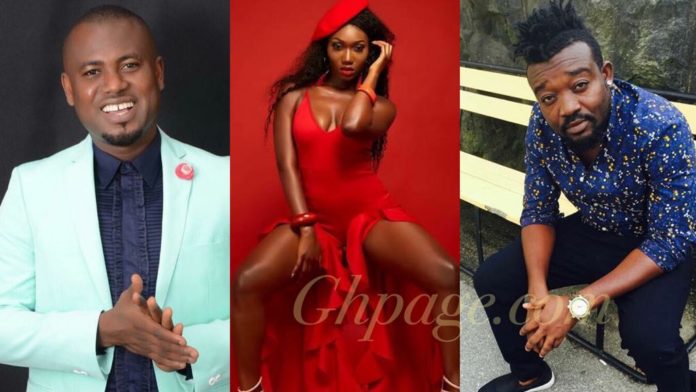 A few days ago, veteran radio and TV presenter, Abeiku Aggrey popular known as Abeiku Santana spoke harshly against Bullet for the kind of songs he writes for his artists.

Bullet is the manager who picked up the late Priscilla Opoku Kwarteng, gave her the stage name Ebony Reigns, wrote songs for her and handled all her activities till she was unfortunately killed in the car accident in February 2018.

When Ebony Reigns was alive, she was heavily criticized for her choice of songs. Many people accused her of using profane words in her songs. But at the end of the day, Bullet wrote over 90% of those songs.

Now Bullet is dead and gone. Bullet has a new artist on his record label. But it appears the newest addition, Wendy Shay is breaking all boundaries and walking in the steps of the late Ebony Reigns.

SEE ALSO: Nadia Buari Talks About Her 4 Children And Her Husband Of 10yrs On Father’s Day

Wendy Shay has just released her latest banger titled Uber Driver and it already making waves. But the song has been criticised for having a lot of profane songs and this song too was written by Bullet her manager.

This is something Abeiku Santana doesn’t seem to understand and has criticised Bullet on. Speaking on his drive-time show on Okay FM, Abeiku Sanatan expressed his disappointment with Bullet over his kind of songs. He said:

“What kind of songwriter is he. Why can’t he emulate some of the good songs which talk about moral values”, he said.

But Bullet has hit back at Abeiku Santana. According to Bullet, the current Wendy Shay song which is making waves is not profane as Abeiku is making it sound. He explained that the song is a road safety song which is aimed at advising drivers not to watch the buttocks of ladies when driving but to concentrate and look forward in order to avoid any accident.

“Uber driver by Wendy shay is a road safety campaign song and not profane. stop watching women buttocks while driving cos it can lead u to accident! don’t watch buttocks and drive.” 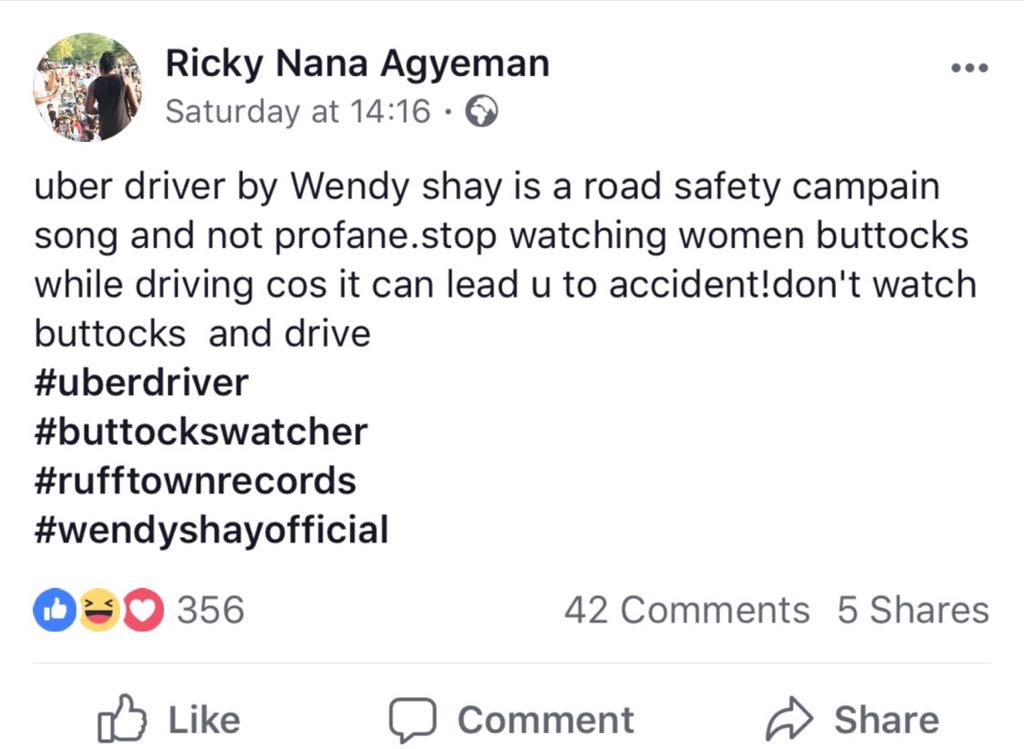