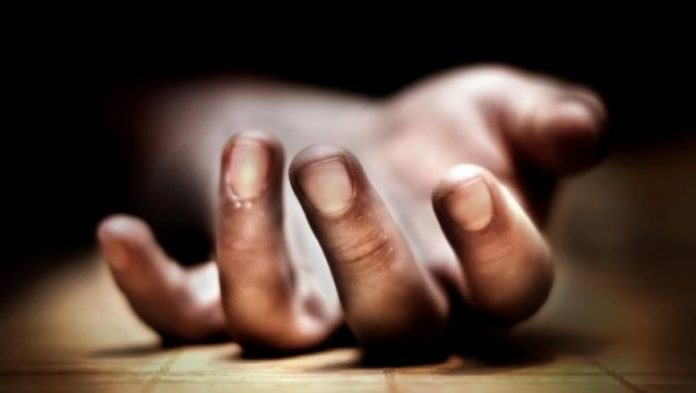 A 39-year-old carpenter identified as Michael Gaewoanu Asem who resides at Official Town, a suburb of Ashaiman in the Greater Accra Region, has strangled his girlfriend also identified as Adwoa Serwah following an argument over a pair of female slippers.

The deceased, Adwoa Serwah, according to a report by Chief Superintendent Adamu Seidu, Crime Officer of the Tema Regional Police Command met her untimely death on February 9, after she had gone to visit the suspect at his residence at Official Town.

While they were together, the deceased spotted a pair of brand new female slippers in the room and questioned the suspect and in response revealed that it belonged to his supposed former girlfriend.

Out of jealousy, a misunderstanding ensued between them which later led to a fight.

Telling his side of the story, Michael revealed that the deceased used a kitchen stool to hit his head but he managed to overpower her and strangled her to death.

He continued that upon noticing he had committed murder, he picked the corpse and deposited it behind a house in the same vicinity.

The corpse which was later identified by some residents informed the police, and it was conveyed away for preservation and further investigation and upon an intelligence picked by the Police, it led to the arrest of the suspect.

According to Chief Superintendent Seidu, the suspect has however confessed to the crime and has been taken into police custody for further investigation while the lifeless body of the deceased has since been deposited at the Police Hospital morgue, awaiting an autopsy.