Top 10 Most Beautiful Wives Of Ghanaian Musicians-#3 No Doubt 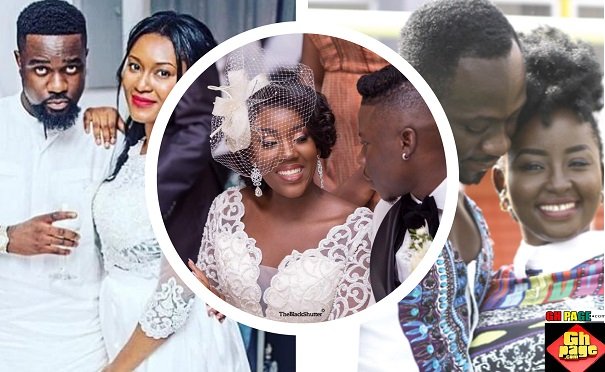 Forget the controversies, Shatta Michy’s persistence, support and level of understanding is what every man needs. Her relationship with Shatta Wale has been that of a zero to hero kinda of love story.

She met Shatta Wale when he was hustling as Bandana with a disappointing career.

How many women of our time would stick to such a man? According to Shatta Michy, Shatta Wale was living in a single room apartment at Nima Starting his life again after Bandana era fail.

Miss Too Risky is first on the list but we saved the best for the last, no offense. I personally do admire her in a different way and I must say that’s none of your business to think of.

She is just so crazy gorgeous and beautiful. She has a Masters Degree in Journal Publishing which means aside her beauty, she has a highest formal education.

Her relationship with Medikal has been one of the beautiful we have witnessed with celebrity couples in the country. With Sister Debbie as she is affectionately known in the showbiz circles being small older than the Poof Gang Rapper. But, that hasn’t been a stumbling block hindering the couple to share the feelings they have for each other.

Miss Poof poof has been working immensely with her boo Bae, they have done great works together like “Too Risky”, “Gimme Vibe” and “Sampana”, the two are always working together one way or the other.

We believe sister Debbie qualifies to be on top of this list, Medikal recently made it known his intentions to marry her very soon.

READ ALSO: These sad photos from the funeral of sports presenter Christopher Opoku will make you weep