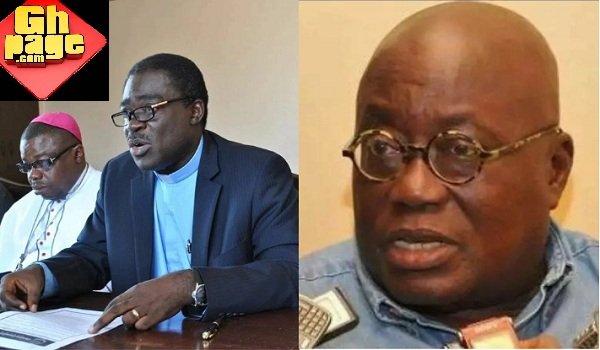 The recent comments made by president H.E Nana Akuffu Addo in a 24-minute interview on Aljazeera has raised numerous contemplations among Ghanaians which the Christian Council of Ghana is seeking for an apparent stance of the president.

In the interview on Aljazeera, the president responded to questions about whether Ghana will legalize homosexuality in the near future.

President Akufo-Addo made it known that the current traditional and cultural landscape of the citizens does not allow for the legalization of the sexual preference, although given time and stronger advocacy, that stance could be something different.

“I don’t believe that in Ghana, so far, a sufficiently strong coalition has emerged which is having that impact on public opinion that will say: ‘Change it [the law], let’s then have a new paradigm in Ghana. I think it is something that is bound to happen like elsewhere in the world, they are activities of individuals of group,” the president said.

The Christian Council Has, however, remain unconvinced by the president’s words, and has demanded government declare which side they are leaning towards.

The council was emphatic about their position on the issue, stating they would never accept it in the country, just like the late President Atta Mills never did, according to a Myjoyonline, com report.

READ ALSO: Nana Aba Anamoah Says There Is No Trouble Going On At EIB

Rev. Dr. Kwabena Opuni Frimpong, the general secretary of the council stated: “He [late Mills] was very exact and that is what we want to hear from our leaders today or tomorrow.

He indicated that “Maybe I didn’t hear him well, so somebody should come and explain to us exactly the policy direction of this government as far as same-sex marriage is concerned, it will help us.”

READ ALSO: This Is What Yemi Alade Has To Say About Shatta Wale-Wizkid SuperStar Beef

In Dr. Kwabena Opuni Frimpong’s view, President Akufo-Addo’s observation regarding the issue meant that with enough pressure on the part of advocates of homosexuality, Government would be forced to change their stance on the legality or illegality of the sexual orientation.

The council is clear on where it stands and will remain so even if it means enduring economic hardship, he finalized the council’s stance.

YOU MIGHT LIKE TO READ: Any unmarried lady who cuts her hair is showing signs of frustration – Counselor Lutterodt