I’ll rather collaborate with Liwin than Shatta Wale – Stonebwoy 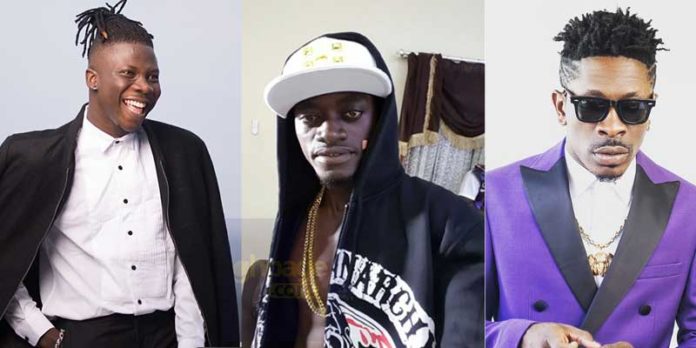 Stonebwoy made this revelation on Bryt FM when Liwin who was acting as the host asked him of a possible collaboration with self-acclaimed dancehall king, Shatta Wale since the media, music lovers and Ghanaians at large are expecting that to happen soon.

Read also: Medikal explains why he fell in love with Makafui after 5yrs of friendship

Stonebwoy rather replied that he would like to collaborate with him(Liwin)rather.

“After the show, we will Collaborate, you first before anybody because you are my brother. So, collaboration is going to come on and this should happen because we are all musicians.”

He further disclosed in the interview that not everybody can listen to Stonebwoy neither Lilwin but in all, there are people who would want to listen to both parties on a song, therefore, “we will surely give them a song”.

His response suggests that a collaboration between him and Shatta is impossible at a time both are ‘fighting’ for supremacy in the world of dancehall music.