I didn’t take a loan to marry Abrokwah -Afia Schwarzenegger

Afia Schwarzenegger went on to explain that, that statement she made years ago was to prove he (Abrokwah) owes somebody 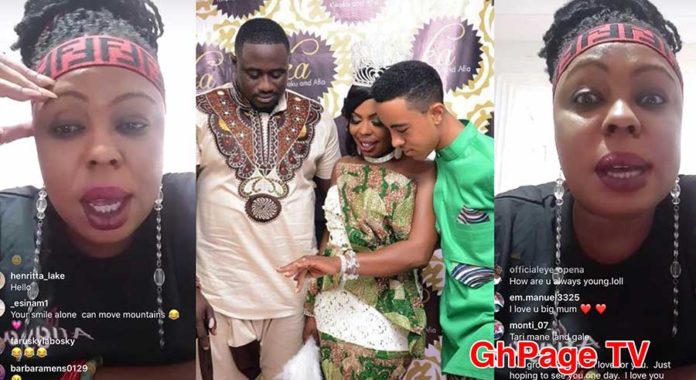 Last year, the ex-husband of Afia Schwarzenegger circulated nude pictures and videos of her after he caught her in bed with another man on their matrimonial bed.

In the video that went viral, Afia Schwarzenegger disclosed that she took a loan from a bank to organise their wedding ceremony.

However, the controversial comedienne and television host has finally revealed the reason behind that statement in the video.

According to Afia, she has no idea on the process of taking a loan from a bank and there is no way she would ever do that.

“Ask any bank in Ghana, I don’t even know the process you go through to take a loan in this country to start with.

That statement I made was just to prove to them that they owe somebody. I don’t do that”, she disclosed.

She also added that even in her broke state, she has about $45,000 in her account which she survives on.

“Even in my broke state, I have about $45,000 in my small bank account and some coins in my cedi account. I don’t even know how it is done.

I save with several banks so you can do your verification. I am not broke by the grace of God. I don’t owe anybody sh*t, from banks to individuals. That is not my style”, she added.

Afia Schwarzenegger and her ex-husband Abrokwah got married in a lavish ceremony last year but filed for a divorce few months after on grounds of infidelity.

She also stated that she was physically abused by Abrokwah and on several occasions tried to burn her house.

Afia later launched a #Leavetolive campaign to create awareness on domestic abuse and violence against women in marriages and toxic relationships.