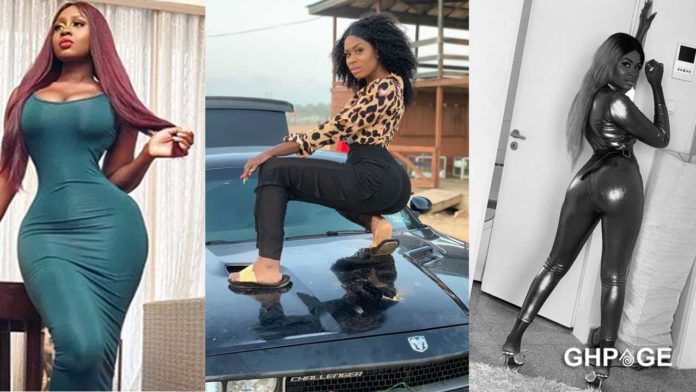 In the photo sighted on social media, Yaa Jackson looking charming as expected was seen posing for the camera on a bonnet of a dodge challenger car.

With how she squatted to pose, Yaa Jackson put her backside on display. Looking at her in the photo, the teen actress’ waist can be compared to Princess Shyngle.

Captioning the photo, she wrote, “Things always have the way of working out. Never underestimate the power of prayer.” 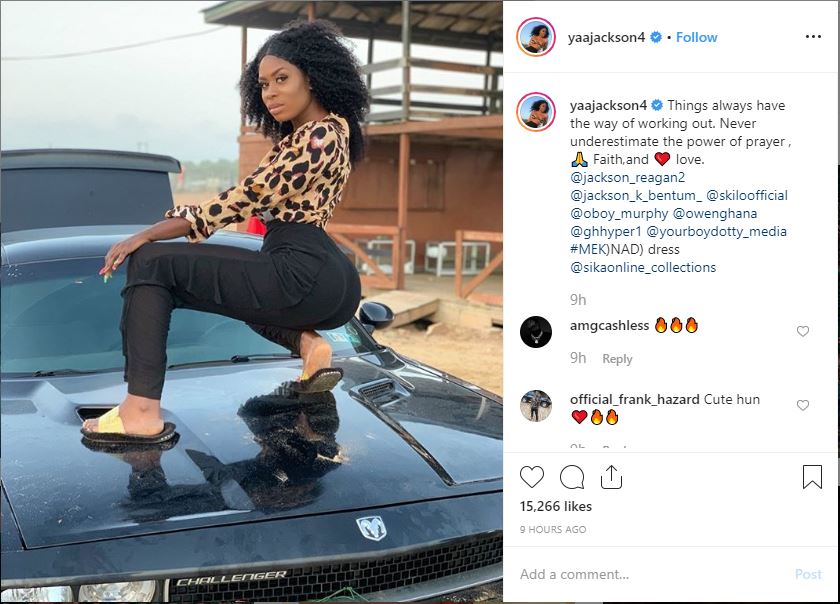 Read some fans reaction below:

@kaakyire_achiaa: “I love your flow girl, forget about what haters say and be your own self, watch what nobody does and that is originality, and this makes you Unique.”